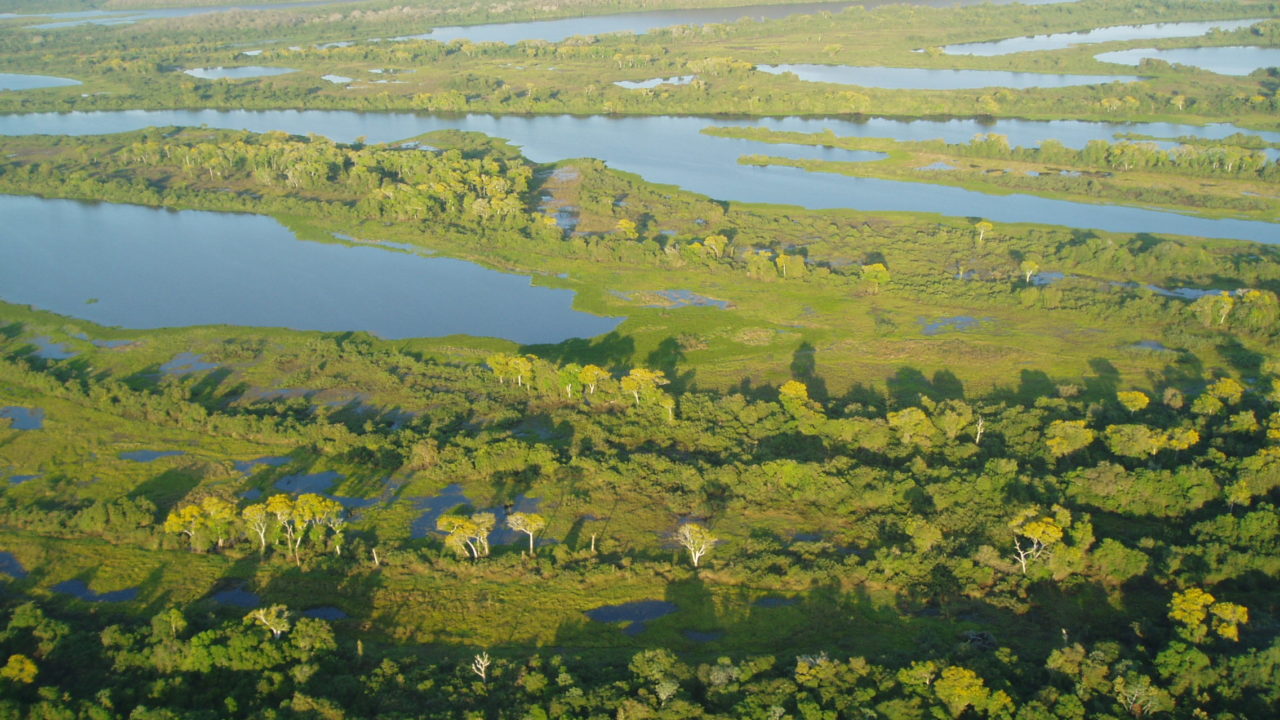 South America’s Pantanal allows guests to explore the tropical wetlands of Brazil right here at the Houston Zoo. The lush habitat highlights animals we are protecting in the wild, including giant anteaters, tapirs, and more. Partnered with on-the-ground conservationists, the Zoo will offer visitors the chance to see these animals in an immersive and engaging trail. As guests enter South America’s Pantanal, they will encounter a set of rustic buildings, set on piers, evoking the eco-lodges that can be found alongside the rivers and streams in the Northern Pantanal region. The nature tourism these lodges support is one of the important ways this vital landscape and unparalleled wildlife assemblage is being protected.

On Friday, Oct. 23, KPRC Channel 2 aired the one-hour feature of “Saving Wildlife: Giants of the Pantanal.” KPRC’s Andy Cerota and crew traveled with the Houston Zoo to South America’s Pantanal, the largest tropical wetland in the world, to see some of the most mysterious and biggest species on the planet, and highlight how we’re helping save these animals in the wild. Watch the feature below! See other conservation stories. 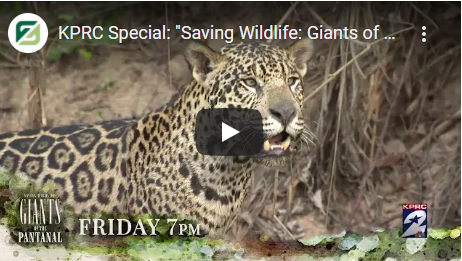 The Lowland Tapir Conservation Initiative-Institute for Ecological Research (IPE) was developed by Founder and Director Dr. Patricia Medici as a nation-wide, long-term research and conservation program. This effort focuses on tapirs as ambassadors for the conservation of regions in Brazil where they occur, initiating habitat conservation, environmental education, local training and capacity building and tourism Initiatives.

The major threats to the species in the region are reduction of habitat connectivity, collisions with vehicles on roads, overuse of pesticides on agricultural land and competition with domestic livestock.

The Houston Zoo has been working closely with this program since 2000 in support of field research, educational activities and staff capacity building.

These nocturnal vegetarians are wide-ranging and responsible for browsing down vegetation and dispersing seeds, making them “the Gardeners of the Forest.” Prior to the beginning of the Lowland Tapir Conservation Initiative, little was known about the health of their populations or their habits. Thanks to their radio-collar and camera-trapping studies across the region, the team has learned that the Pantanal is the most stronghold for the species and are working with local landowners, schools, and the media to increase public interest and understanding of tapirs and involving them in conservation efforts.

The Houston Zoo has partnered with the Giant Armadillo Project to protect wildlife in the Pantanal for 10 years.  The Zoo provides support and training for a number of conservation professional staff, including Brazilian veterinarians and biologists, and has assisted in the support of numerous Ph.D. and Masters students.  Founder and Director, Dr. Arnaud Desbiez, assisted the Zoo with designing our the Pantanal exhibit.  Several of his Giant Armadillo Project staff have traveled to the Houston Zoo for leadership and veterinary training from Zoo staff, and have assisted with several of the Zoo’s education programs.

Fire, conflicts with landowners and being struck by cars on roads contribute to the decline of this species.  Due to the large size of adult giant armadillos, these animals also face the threat of becoming a preferred hunting target of local communities and subsistence hunters. The Houston Zoo has supported our conservation partner’s work to address these threats and discover more about the ecology and natural behavior of this little-known species and understand its role in the ecosystem.

Through the efforts of the Giant Armadillo Project staff and their contributions in both scientific journals and popular media, the world now knows more about this species and its crucial role in the lives of many species in the South American landscape.  By monitoring burrows with camera traps our conservation partners have collected over 55,000 camera trap images offering insight into development of offspring and activity levels of both adults and juveniles.  Considered an ecosystem engineer (an animal that provides food and shelter for other wildlife from its activities), over 70 different species of wildlife have been documented using abandoned Giant Armadillo burrows as a thermal refuge, shelter against predators, and as a feeding ground.

The Houston Zoo provides support and training for the Anteaters and Highways conservation project in Brazil where some of the largest remaining populations of Giant anteaters exist. Today, Brazil is fragmented by an ever-increasing network of roads. Giant anteaters are among some of the most frequently killed animals on these roads.

To address this threat, our conservation partners collect data on why, when, and how giant anteaters interact with roadways from individual animals that have been fitted with tracking devices. The team of field researchers and veterinarians work to follow tagged individuals to assess the impact of roads on Giant anteater populations in Brazil. Research results will provide insight into anteater movement patterns and inform road management strategies in Brazil.

Our partners are protecting giant anteaters by:

The Houston Zoo provides support and training for Brazilian conservation partners, Projeto Ariranhas. This team led by Dr. Caroline Leuchtenberger has been generating scientific knowledge about giant otters for almost 15 years and many of these studies are the backbone in developing Brazilian and Global protection plans for this species. Throughout the entire distribution of giant otters, their population is declining due to contamination of rivers and loss of riparian vegetation which is caused by gold mining, agriculture and other human activities. Human conflicts with the species are also common and many times are motivated by the idea that the species is competing for local fish or is dangerous.

Uninformed tour guides on rivers can also threaten. High traffic and loud approaching of tourist boats scare Giant otters away from hunting opportunities and affect the survival of cubs. The Houston Zoo provides support and training for Projeto Ariranhas to provide workshops for local tourism guides in Brazil. They teach them to lead giant otter-safe and jaguar-safe tours so that local people and wildlife in the region can safely and successfully benefit from ecotourism.

Currently Projeto Ariranhas is looking at:

Sounds used in the ambient soundtrack heard throughout the PANTANAL exhibit are in part courtesy of Macaulay Library at the Cornell Lab of Ornithology. For information on individual species included, please see a Houston Zoo staff member for a list, or visit their website at macaulaylibrary.org.