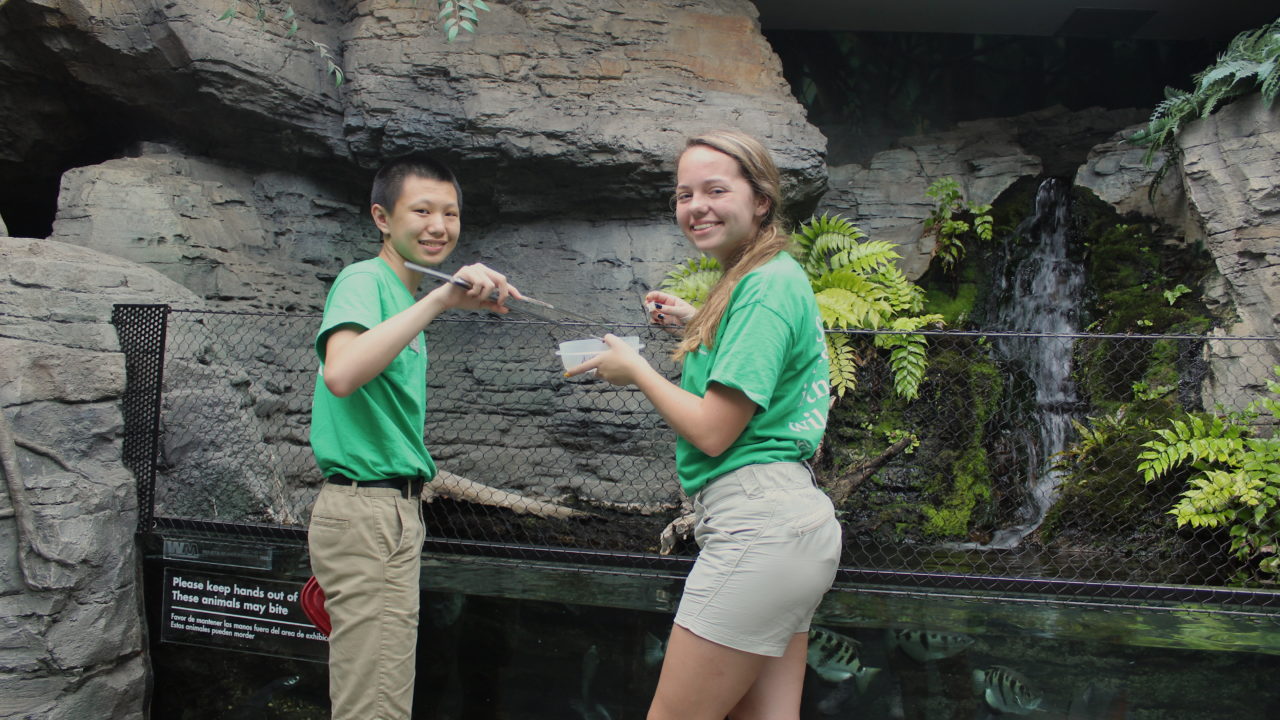 Teens age 13-17 who have completed one summer of Zoo Crew have the opportunity to apply for a Returning Zoo Crew position, or a role in our new Teen Leadership Council. Your prior experience makes you eligible for a wider range of exciting opportunities to explore a variety of interests.

Returning teens who are back for a second (or third or fourth!) Zoo Crew program have a wider range of exciting options available to them, including the chance to work in animal care as a Junior Zookeeper, educate guests as a Naturalist, or continue to work with our Camp Zoofari program as a Camp Mentor.

Year-Round Zoo Crew provides participants with a range of enjoyable and challenging work experiences. These posts typically occur on weekend or school holiday days, though participants must plan ahead to ensure their Zoo Crew commitments do not conflict with other extracurricular activities.

Other Opportunities for Returning Zoo Crew

The Alban-Heiser Conservation Award was established by former director of the Zoological Society of Houston, Joseph M. Heiser, Jr., in 1970 to honor “a Texas citizen who has made significant contributions to the appreciation and preservation of the earth’s heritage of living creatures, their environment, their ecology, and/or their relation to human welfare.” Notable recipients of the award include Gladys Porter, Merlin D. Tuttle, and Terry Hershey.

The award selection committee has now opened this award up to current Zoo Crew members who have made a notable contribution to the protection of Texas wildlife and their wild spaces. To be considered for this award Zoo Crew must meet the following criteria:

Zoo Crew members in good standing are eligible to apply. To be considered, eligible Zoo Crew must fill out an online application; consideration is not automatic.  Nominations and recommendation letters are not necessary.  Applications will be accepted and reviewed on a rolling basis and selection will be based on the criteria described above.

Zoo Crew can apply once per year. If they receive an award and want to apply again in following years, additional applications will be considered based on activity expansion or new threat-reducing actions.

Up to three (3) awards of up to $500 each can be awarded annually based on the selection committee’s recommendations. Recipients are required to share a brief bio, description of their threat-reducing activities and photo after awardees have been announced.

To be considered for this award, please complete the application below: