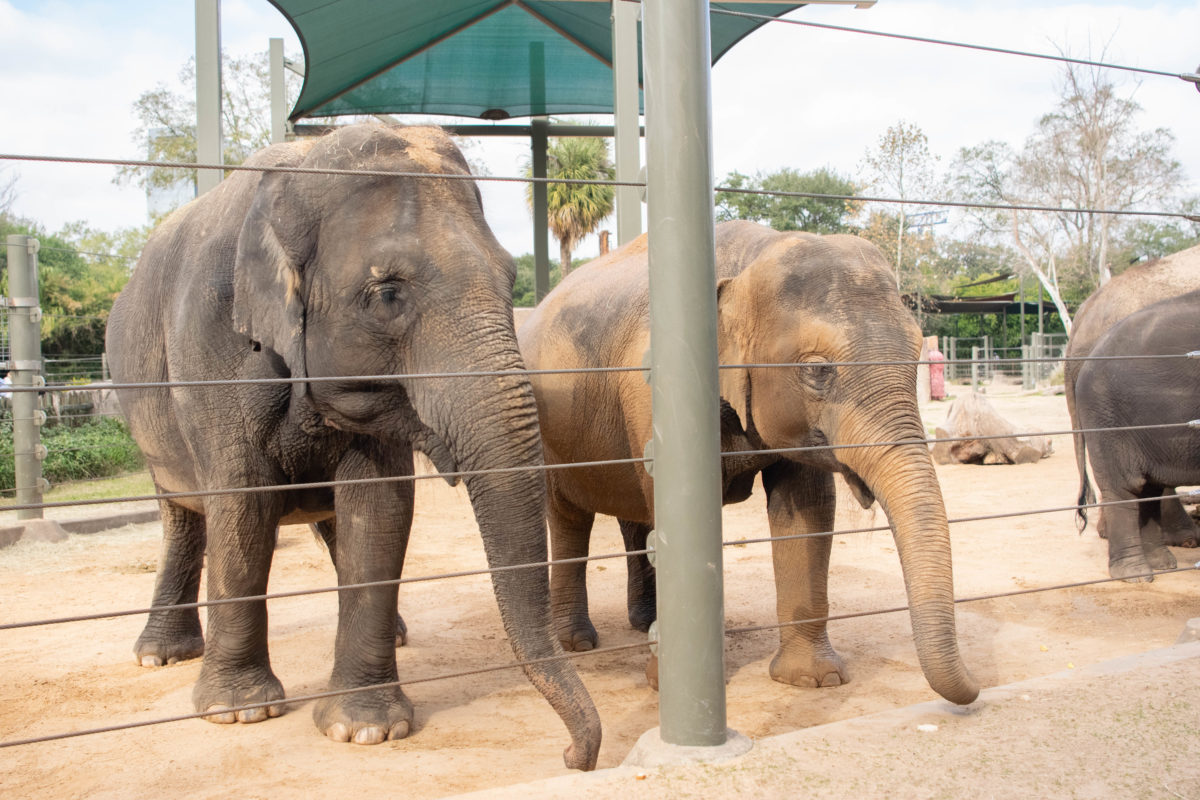 The Houston Zoo is making a loveable announcement just in time for Valentine’s Day. The Zoo is expecting two HUGE deliveries this spring – baby elephants. Mother and daughter Asian elephants, Tess and Tupelo, are expected to deliver their babies within a few weeks of each other. Both will give birth after a two-year gestation, and first up is 10-year-old Tupelo followed by her mother, 37-year-old Tess.

Tupelo will be a first-time mother, and her pregnancy is the result of artificial insemination since she is related to all the male elephants at the Zoo. Tess is an experienced mother to Tucker (15), Tupelo (10), and Tilly (2). Her calf’s father is 55-year-old Asian elephant Thailand.

Zoo officials are optimistic that both pregnancies are advancing normally and on schedule. Both have received nearly two years of pre-natal care by the Zoo’s elephant and veterinary teams with regular ultrasounds and blood work. The Zoo team will continue to monitor them as they progress into the labor process, indicated by a hormonal change in daily blood analysis.

Tupelo and Tess will give birth in the McNair Asian Elephant Habitat cow barn under the supervision of their keepers and veterinary staff. After delivery, the new mothers and their calves will undergo post-natal exams and spend several days bonding behind the scenes. The elephant team looks forward to watching them share several key moments that will prepare them for their public debut. Nursing, communicating with mom, and hitting weight goals are important milestones for a growing baby elephant.

Over the next several years, the Zoo animal care team will watch the young elephants for signs of elephant endotheliotropic herpesvirus (EEHV). EEHV is the most devastating viral disease in elephants worldwide. It occurs in elephants in the wild as well as those in human care such as in sanctuaries and zoos.

The Houston Zoo is an integral part of finding treatments and developing management strategies for the virus. The Zoo’s veterinarians and elephant care team established a research collaboration in 2009 with herpes virologist Dr. Paul Ling at Baylor College of Medicine’s Department of Virology and Microbiology, which recorded significant advancements in the study of EEHV, and toward a vaccine.

The Houston Zoo’s EEHV testing methods, treatment protocols, and experience serve as a global elephant care resource and have contributed to saving elephant calves around the world.

Just by visiting the Houston Zoo, guests help save baby elephants and their families in the wild. A portion of each Zoo admission and membership goes to protecting an estimated 250 wild elephants in Asia.

The Houston Zoo provides support, equipment and training to satellite collar and track wild elephants in Asia. The Zoo’s Malaysian conservation team is now watching over and protecting three groups of wild elephants with babies in Borneo. The data they collect from these groups will inform future national protection plans for elephants.