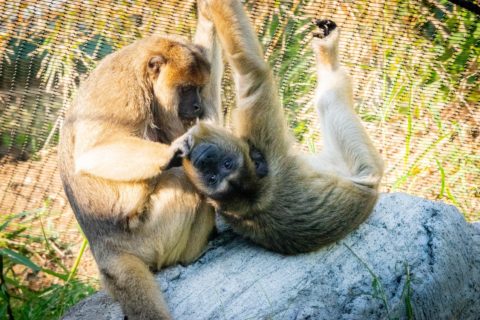 Howler monkeys are thought to be not only the loudest primate on the planet, but possibly one of the loudest living land mammals in the world. If you’ve explored our newest immersive exhibit, South America’s Pantanal, you’ve probably encountered our family of black-and-gold howler monkeys, which are the first animals you will see when you walk under the “eco lodge” deck. Using their prehensile tail as a fifth limb, these dimorphic monkeys can hold and hang from a branch with the strength of their tail.

This howlerween, it’s time to meet our howler monkey family, who came to us from the Cheyenne Mountain Zoo in Colorado Springs, Colorado. 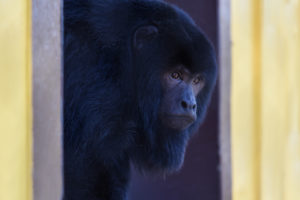 The patriarch of the family, Howie is five years old and is the only one that has black fur as he is the only mature male. Howie is a bit on the shyer side but is warming up well to his new habitat and the keepers who care for him. He is extremely calm and has only performed the territorial howler howl (is a low and guttural-like noise that sounds like a garbage disposal) when they have pressure-washed the sidewalks around his exhibit. Their call can be heard up to 3 miles away in a dense forest! 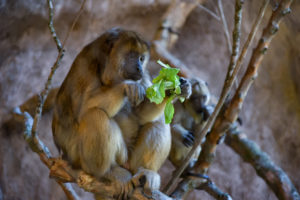 The matriarch of the family, Charlie is also five years old and a bit more assertive. She is the largest blonde howler and the only mature female. She is very sweet with her family and is curious about her keepers and all that they do to care for them. She likes to peek through the windows between their exhibit and indoor bedrooms to see what her zookeepers are up to. 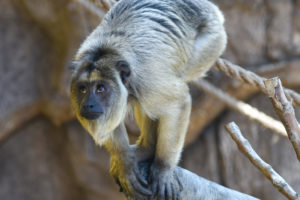 The son of Howie and Charlie, Louie is just a little over 1.5 years old and is friendly with everyone. He is still mostly blond, but his black fur is starting to come in. It’s sometimes hard to tell him apart from his mom, but his fur is slightly lighter and he has more of a babyface. 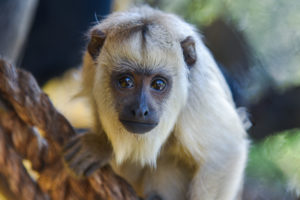 The youngest of our family group, Riley is nine months old and has been a delight to work with since she arrived to the Houston Zoo. She is the smallest of the family and has very light blonde hair. Every night, she sleeps with her mom in a hammock, but likes to be independent during the day. You can see her swinging around on the branches and playing with her whole family. She is very trusting and is often the first to approach keepers for a treat.

Before you continue your journey through Pantanal, don’t miss some of the friendly neighbors that coexist in the same habitat as our howler monkey family. Our red-rumped agouti, which is similar in appearance to a guinea pig and part of the rodent family, are known as the “cleanup crew” of South America’s forests. Monkeys are messy eaters, so plenty of fruits and nuts fall to the ground for agouti to forage. 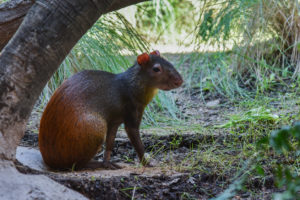 There’s also a pair of golden lion tamarins, which were almost nearly extinct in Brazil, but zoos have worked together to breed the tiny monkeys and release them into protected forests. Every time you visit the Houston Zoo, you’re helping us save wild animals in the Pantanal. 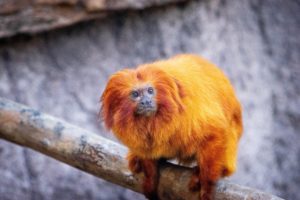 Howler Monkey Family Grows by One