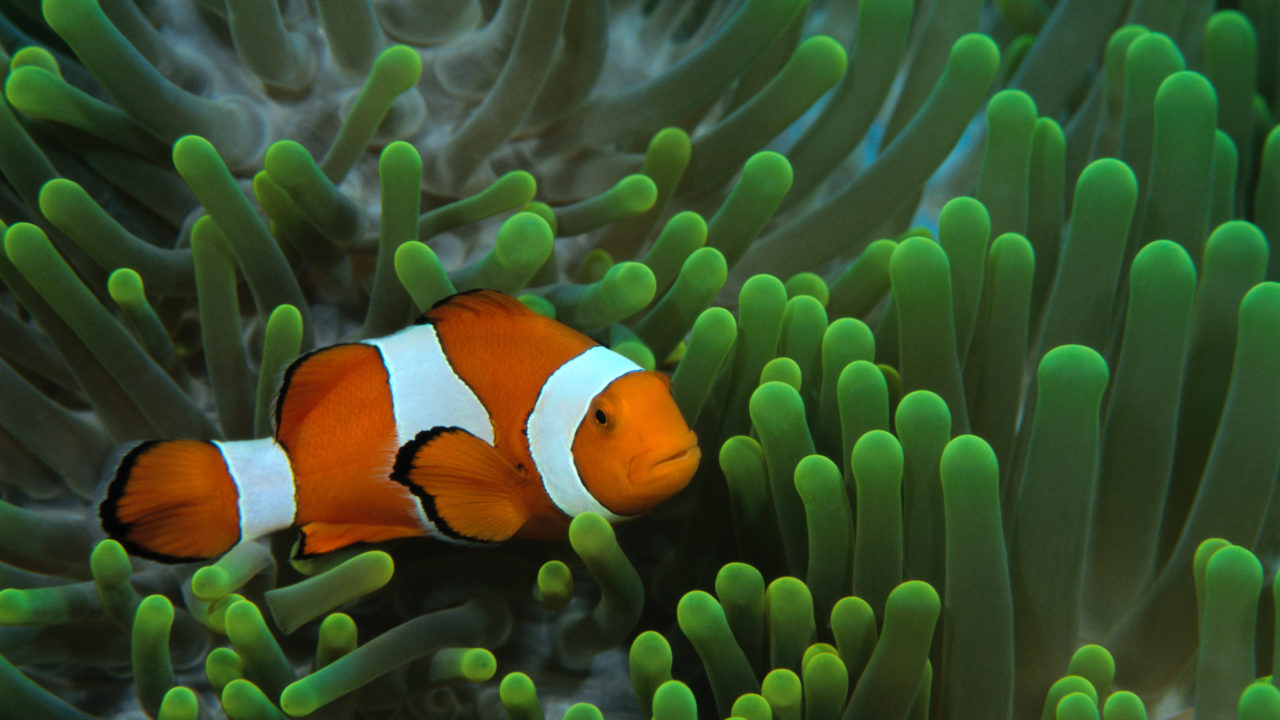 Clownfish inhabit shallow water coral reefs, where it lives amongst the venomous tentacles of the carpet anemones. The tentacles of the anemones normally sting other fish, but clownfish excrete a mucus over their skin that tricks the anemone into believing it is touching itself, so it does not sting.