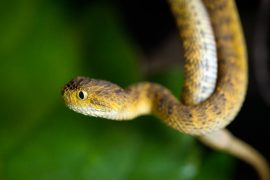 This spring, three tiny green bush vipers were born on March 26. Like most pit vipers, the neonates were born live instead of hatched from eggs like many other types of snakes. Originally a part of a group of six, only three have survived and have doubled in weight since their birth. They are expected to grow to be between 18-24 inches long. Despite their name, green bush vipers vary in color, mostly shades of green, but can also be bright yellow or grey. These snakes are found in the tropical rainforests of western and central Africa and get their name from their preference for lower bushes rather than the tall canopy trees. Guests can see all kinds of exotic and local snakes in the zoo’s Reptile and Amphibian House. The baby snakes will remain behind-the-scenes while they continue to grow. 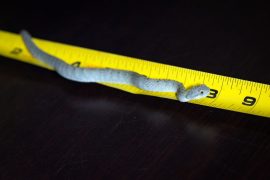 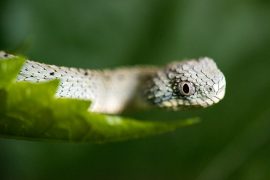