The primate department takes any opportunity to celebrate our monkeys and apes – and our prosimians, too. When we found out that 2016 was the year of the monkey, we decided to feature our wonderful simians in monthly blogs. But first, you must know that monkeys are different from the other primates: the prosimians, the lesser apes and the great apes. 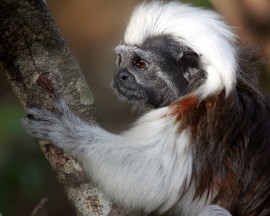 How, you ask? Well, let’s start with prosimians (literally, in Latin: “before monkeys”). These are the lemurs from Madagascar, the tarsiers and lorises of Asia, and the potto and the bushbabies of Africa. These prosimians are smaller-brained and more attuned to scent and scent-marking than most monkeys. And, about 75% of them are nocturnal, so most don’t see color as well. Typically they have more than one offspring, and most are quite arboreal.

In the ape department, everyone knows about gorillas, chimpanzees, orangutans and bonobos: the wizards of the primate world. These are the primates that use tools, have complex thoughts, solve problems, and have emotions just like humans do. But, we mustn’t forget the small or lesser apes, the gibbons. These are found only in Asia and are all masters of song. These long-armed and beautiful animals can brachiate (swing hand-over-hand) and walk bipedally, as well. They sing complex and melodic vocalizations that serve as territorial markers. 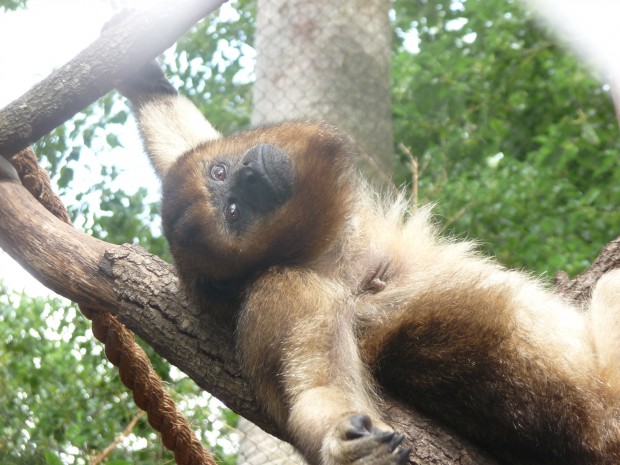 Now back to monkeys. These intelligent animals are found in Central and South America (New World monkeys) and Africa and Asia (Old World monkeys). There are over 260 species of monkey, many of which are on the endangered species list because humans are cutting down their forests, eating them for bushmeat and taking them for the pet trade. As this list threatens to get larger because of human encroachment, scientists are still discovering new species: some new species of titi monkey and one species of mangabey were discovered within the last decade. 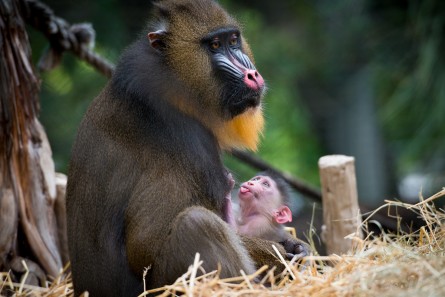 Some big distinctions between monkeys and apes are: monkeys have tails and apes do not, and apes have a bigger brain, a longer gestation, a longer period of dependency on their mother, and take much longer to grow up than monkey babies do.

In the next few months, you will learn more about our wonderful collection of monkeys at the Houston Zoo, and gain some insight into their habits, personalities and interesting behaviors in our “Monkey of the Month” series. And, you can always come to visit them at the Wortham World of Primates, in the heart of the zoo.