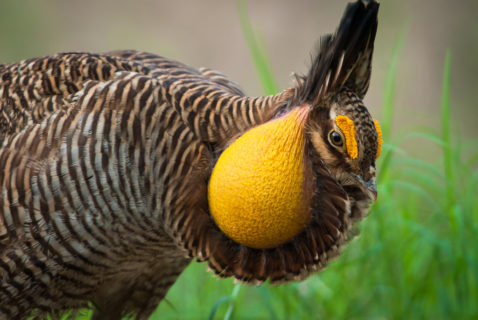 The Attwater’s prairie chicken (APC) is one of the most endangered birds in Texas and to help protect this species, the APC National Wildlife refuge was created in Eagle Lake, TX in 1972. This was to safeguard the habitat of the remaining wild population. This reserve is 10,528 acres! Then in 1993, the captive breeding program began here in Texas with Texas A&M and Fossil Rim. The Houston Zoo joined this effort in 1994. At this time, it was predicted that the APCs would be extinct by the year 2000 without conservation efforts.

In 2005 we forged a partnership with NASA, who offered us a place on their grounds at Johnson Space Center to breed and raise our birds. This land mimics the prairies they live on in the wild and is much quieter for the birds. It also allows us to potentially raise a more “wild” bird with more naturalistic behaviors, ultimately meaning better welfare for the birds. We currently have 24 pens at our breeding facility and added a new chick facility in 2020.

Get to know our APC recovery program coordinator, Kyle, who just finished up his first year in this role and is responsible for the care and wellbeing of our APC flock. 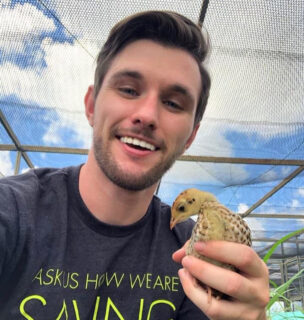 1. How did you get your start working with birds at the Houston Zoo?
My journey to Houston was a little non-traditional. Most of my background and experience is based in the realm of higher education. After graduating from my master’s program in 2015, I went on to work at Roger Williams University in their division of Student Life. While I loved and learned so much from these four years there, there was something missing for me and decided I wanted to pursue my passion for wildlife and animals that I had always had.

I did a 180 in my career path and left the field of Student Affairs for an opportunity working with the penguin team at the Mystic Aquarium. Falling in love with the work there, I pursued another Master’s degree in Zoo Conservation Biology at the University of Plymouth over in England. This program was incredible and gave me the opportunity to partner and learn directly at the Paignton Zoo, as well as receive lessons from leaders in zoo conservation field in the UK. Upon returning to the US., I was lucky enough to be offered a keeper position on the bird team here at Houston. I quickly fell in love with the APC program during my time, and after three months with the department, transitioned to the APC recovery program coordinator role.

2. What was something you enjoyed most about your first APC season?
For me, the most rewarding part of the APC season is getting to see the birds from hatch all the way up to release. Spring through summer is an incredibly busy time for the APC program and we have sometimes over 100 birds we are caring for on any given day. So being able to see the small developmental landmarks as they grow and see them become healthy adult birds is amazing. Release day is bitter-sweet because in many ways it is like watching your kids graduate. You’re sending them off to hopefully contribute to the repopulation of their species. So far this year we have released 56 birds at Eagle Lake!

3. What’s your favorite thing about working with birds specifically?
Birds have always been such a fascinating group species. I learn so much every day. They are incredibly complex in their behaviors and are the only animals to have adapted to nearly every type of habitat around the world, which is truly amazing when you think about it. On top of that though, they have such unique personalities. This allows me to be constantly learning because there is no set blueprint for all species of birds. 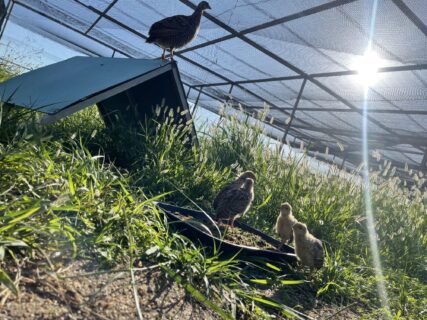 4. What do you want guests who visit the Zoo to know about our APC program? 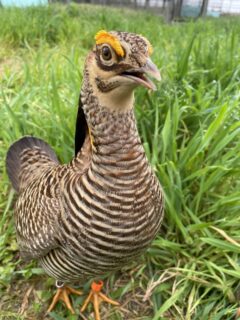 I think what I really hope guests take away from their visit about the APC program is that these are native birds. A lot of the time when we think of endangered species, our mind goes to other parts of the world because that’s what we more commonly hear about. But, here in Texas, we actually have one of the most endangered biomes in the world, the Texas coastal prairie, with just 1% of its original biome left. Because of this there are things that guests can do today to help this species and other species that depend on this habitat. These can be large things such as helping protect this habitat from further urban development or something as small planting native prairie grasses and flowers on their land.

Check out a recent Facebook Live feature we did with Kyle at NASA’s Johnson Space Center.