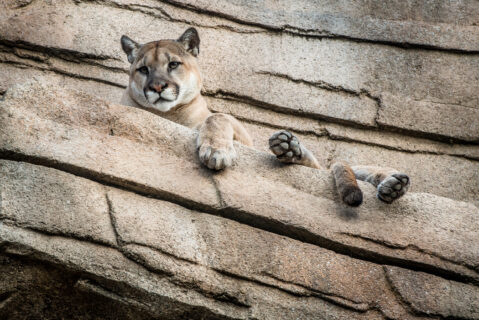 The Houston Zoo is mourning the death of 11-year-old cougar Shasta. For nine months, the Zoo’s veterinary team has been treating him for a progressive spinal disease which has rapidly deteriorated over the past few days. Over the course of treatment, Shasta was also found to have declining kidney function, which is common in older felines. The animal care and health teams made a comprehensive assessment of his overall wellbeing and made the difficult decision to euthanize him on Thursday when it became clear that he would not recover.

“Shasta has been a cherished member of our Zoo family and an icon for the University of Houston for over a decade. We are all deeply saddened by this loss,” said Kevin Hodge, vice president of animal programs at the Houston Zoo. “We are committed to ensuring the animals in our care experience the highest quality of life. That includes their day-to-day care as well as end-of-life decisions. With world-class animal keepers, incredible veterinarians, and a complete veterinary clinic, our animals receive the best possible care right up to their last days.” 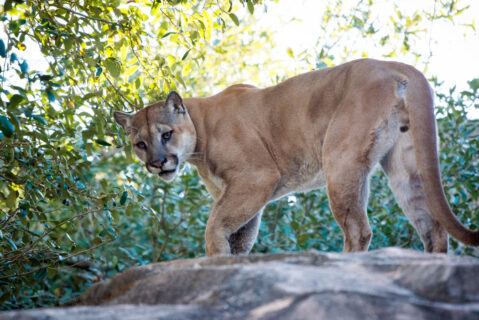 Shasta would sometimes be seen at the top of the habitat where he had a penthouse view of other species and seemed to enjoy looking at the elephants from this vantage point. Shasta was loved by keepers, staff, and guests alike and he was best known for stalking keepers when they would walk past his exhibit or being the center of attention for his adoring fan base. His keepers will remember him as a simple, sweet, and funny cougar that never failed to put a smile on people’s faces. Shasta loved the attention University of Houston fans would give him and certainly appreciated the extravagant birthday parties with his favorite foods. He will undoubtedly be thought of fondly by the University of Houston students, faculty, and alumni for diligently guarding the rings for each graduating class.

Shasta came to the Houston Zoo in December 2011 after a hunter illegally shot and killed his mother in Washington state. As a five-week-old cub, Shasta had little chance of survival in the wild.

Thankfully, Washington State Fish & Wildlife agents were able to locate and rescue Shasta. When he arrived at the Houston Zoo, a partnership was formed between the University of Houston and the Zoo to designate Shasta as the official mascot of UH. Shasta lived a healthy and active life at the Zoo alongside Haley, the Zoo’s female cougar.

Shasta was an ambassador for his counterparts in the wild while faithfully representing the spirit of the University of Houston.