Our newest hatchling is a Victoria crowned pigeon, hatched Jan. 24.  The party-hatted, blue knockout can be seen with its parents in the Birds of the World section of the zoo. While the gender of the bird is still unknown, the bird has a brother who hatched Dec. 21, 2015. 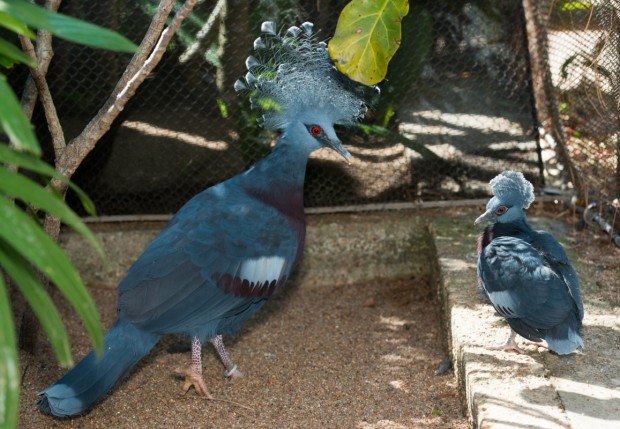 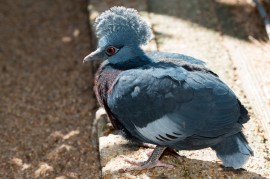 The first chick was hatched out by keepers after the parents abandoned the egg. He is currently being hand-raised behind-the-scenes by the zoo’s expert bird keepers.  While they can fly, the extinction-vulnerable Victoria crowned pigeons are ground-dwellers and native to the island of New Guinea. Victoria crowned pigeons are also monogamous, and typically mate for life.