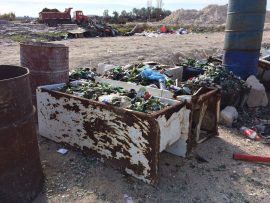 The Houston Zoo is currently in Argentina participating in a marine debris/wildlife protection workshop with friends from UC Davis Veterinary Medicine and the Buenos Aires Zoo. Before the workshop began, we visited a new recycling center that is committed to increasing recycling in a small town on the coast of Argentina. Recycling is not standard in every town,and this company is doing amazing things to decrease waste! This company currently has a landfill but they are hoping to move more materials into recycling. Since the community is not used to recycling yet,the company sorts all of the materials (separating trash, organic materials and recycling) by hand! They have even started their own compost pole. They hope that in the near future they will be able to get the community to sort their trash and recycling themselves. We were very fortunate to meet with the owner of this company, who also attended both days of the marine debris workshop. 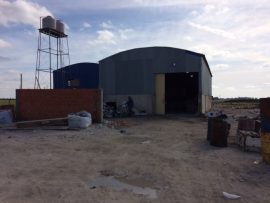 After visiting the recycling center we had one more day to prepare for the workshop before the nearly 50 attendees arrived. The workshop was held at Mundo Marino, which is a zoological facility that is committed to rehabilitating local wildlife in need such as penguins, fur seals and sea turtles! We were given a tour of the area where wild animals are rehabilitated before they could be released into the wild. This is a photo of a green sea turtle (a species that comes to our Texas waters!) who was hit by a boat most likely and is undergoing treatment before it can be released. We also saw penguins being cared for because of an interaction with oil, and fur seals who were orphaned and needing care as they cannot survive in the wild at this age without parental care. 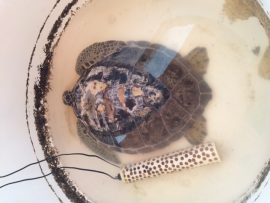