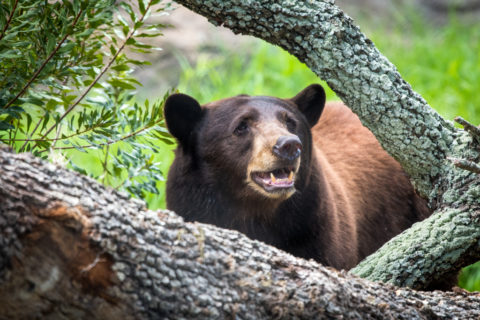 When you think of Texas wildlife, a few animals probably come to mind – armadillos, cougars, longhorns, rattlesnakes… maybe even the whooping crane. Chances are the American black bear wasn’t on your radar, but thanks to its gradual return to Texas, it soon will be. 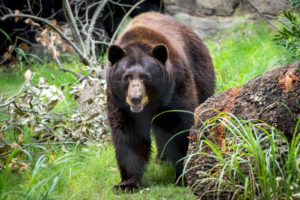 It’s #BearAwarenessWeek and many years ago, four of the 16 subspecies of black bear once roamed the state of Texas. Unfortunately, as the Lone Star State grew in popularity with settlers throughout the 19th century, the number of black bears began to dwindle as a result of habitat loss and unregulated hunting of the species.

By the beginning of the 20th century, seeing a black bear within state lines was considered extremely rare. Today, at least two subspecies of black bear are making their way back into Texas due in large part to the growing populations of black bears in the surrounding states of Louisiana, Arkansas, and Oklahoma, but for those of us living outside of East Texas the black bear remains largely unheard of. 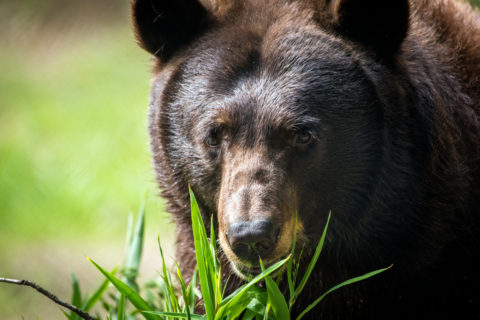 You can make small changes in your everyday routine and make a big difference. Bears need trees to live, so by using less paper or recycled-content paper products, fewer trees are cut down meaning you are contributing to saving black bears in the wild! Consider going paperless for billing or even when purchasing tickets for events.

Is recycled paper really better for the environment? 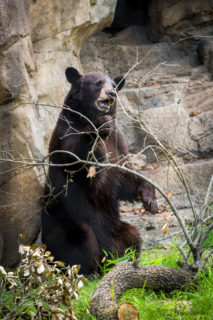 What is the Zoo doing to save black bears in the wild?

And remember, every time you visit the Zoo, you’re helping to save black bears like our very own Belle and Willow in the wild. See them, Save them – it’s as simple as that.