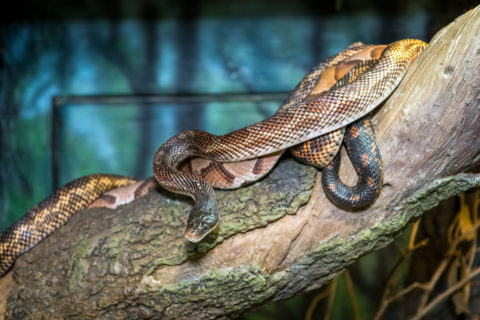 This World Snake Day, we’re committed to clearing up those myths you may have heard about snakes and helping to save snakes locally through positive opportunities to learn about and see snake species that call Texas home. One such opportunity is the Zoo Crew Snake Saving Campaign. The Campaign is a teen-led conservation project committed to understanding how Texans perceive snakes and what experiences and knowledge influence those perceptions. The goal of the campaign is to improve human-snake interactions and educate fellow Texans about the important role snakes play in the ecosystem.

Snakes often get a bad rap, with lots of folklore and mystery surrounding their natural history and biology. Through work being done by the Snake Saving Campaign and our conservation partners, the Houston Zoo is helping to dispel some of the many myths that exist about snakes and help spread the word about how important these animals really are. It’s time for a little game!

Snakes are naturally aggressive and will chase after you.

I have a pet snake that I can’t keep anymore; it will be ok to let it go in a natural place.

Kingsnakes will eat other snakes.

Sprinkling sulfur or other store bought chemicals will keep snakes out of your yard.

All water snakes are venomous.

Snakes can hypnotize birds and other prey. 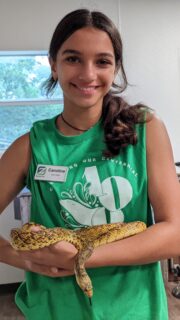 Stop by the Reptile & Amphibian House during your next Zoo visit to see some of our snake friends. Open daily from 9:30 a.m. to 5:00 p.m.