The Houston Zoo has partnered with Wildtracks in Belize since 2010.  The Wildtracks wildlife rehabilitation center is located in the north east corner of Belize outside Sarteneja on the shore of the Corozal Bay. Originally a Manatee rescue/ rehabilitation and release center in Belize, Wildtracks added the endangered Yucatan Black Howler Monkey in 2010 to their wildlife rehabilitation program and have a successful release program.  Primate keepers from the Houston Zoo began the relationship with Wildtracks by going down to the facility in Belize and sharing their expertise in howler monkey husbandry and aiding Wildtracks staff in releasing rehabilitated animals into the wild.  With the Wildtracks’ animal husbandry techniques excelling, the decision was made to focus our efforts on enhancing the public outreach component of the Wildtracks mission.

After many months (almost three years!) of planning and preparing, the time for our trip finally arrived.  On January 26th, we left from the fancy, new international terminal at Houston Hobby Airport. The flight from Houston to Belize City, Belize was a bit over two hours in length.   We were both surprised by how easy it was to travel from Houston to Belize.  Honestly, it is more of a challenge to get to other cities in the U.S. than it is to travel internationally to Belize. 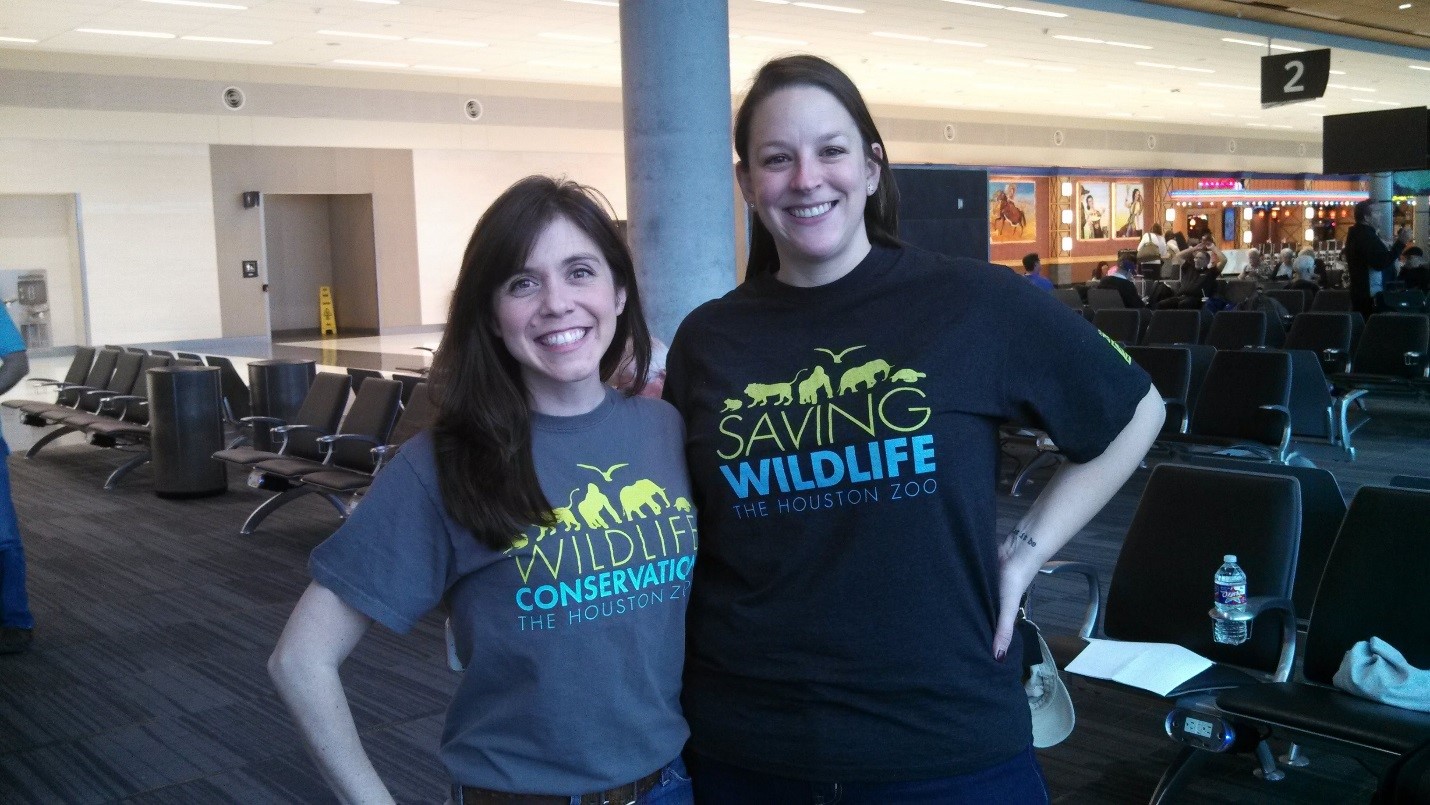 We finally reached the Wildtracks facility around 9:00 pm on January 26th.  We helped unload the vehicle, set up our sleeping quarters in the produce room, and called it a day.  We had a very interesting night of being woken up every two to three hours by various creatures being very loud in the jungle.  Since the room we were sleeping in was a screened in porch, we could hear every little sound that was being made.  It definitely made for a memorable first night in Belize.

Be sure to catch our next installment where we will cover our exciting Day 2 at the Wildtracks facility.