First Animals of the Zoo’s Next Centennial Are Born 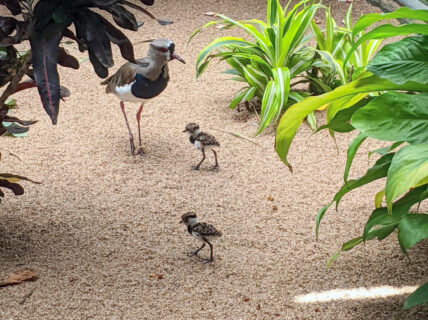 It’s a girl and a boy! Just one day after celebrating its 100th anniversary, the Houston Zoo welcomed its first animals of the next century. On May 1, 2022, one southern lapwing chick hatched making her the first animal born in the Zoo’s second centennial. Two days later, her brother hatched. They have been named Lizzie and Earl in honor of two of the Zoo’s first animals, American bison. The parents of these two chicks are the only breeding pair in the Association of Zoos and Aquariums (AZA) population. 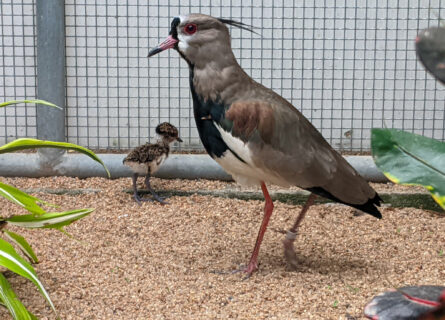 Southern lapwings are shorebirds with long legs and thin toes specifically designed to walk on sandy beaches. They have a grey head with an unmistakable black marking on their forehead. The birds also have a bright red spur on each wing to defend themselves when threatened. This species has been observed to go to extreme lengths to protect their nesting site. Both parents are known to sit on the eggs and guard the nest. If a predator is nearby one parent will move away from the nest site and fake an injury to lure the predator away. Once far enough away, the bird will escape and return to the nest. 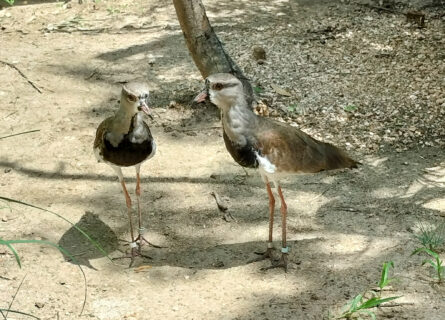 Guests can see the first animals of the Zoo’s new centennial in the Savanna Aviary in our South America’s Pantanal exhibit. During Centennial Saturdays, hosted on the first Saturday of every month, guests will experience a variety of other centennial fun around the Zoo. On these special days guests will enjoy centennial-themed Keeper Talks, presented by Phillips 66, snap pictures by centennial photo ops, and enjoy music by a family-friendly DJ.

By coming to the Zoo to meet Lizzie and Earl, guests are helping to save wild birds. A portion of each Zoo membership and ticket helps the Zoo provide support for replanting trees in South America. The Zoo is also helping birds by serving Bird Friendly coffee. Bird Friendly coffees are grown in a way that provides shelter and a variety of foods for birds and other wildlife. 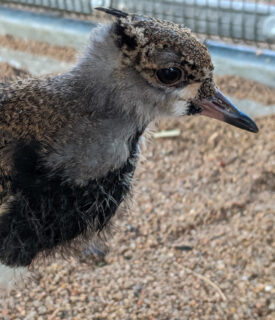 Making an Impact on Houston Toads