Dr. Marc Ancrenaz is the scientific director of the NGO Hutan and co-director of the Kinabatangan Orangutan Conservation Project, a community-based program active in wildlife research, conservation and community development in Sabah, Malaysia since 1996. The Houston Zoo is proud to support Dr. Ancrenaz and HUTAN in efforts to protect wildlife from extinction.

Orangutans are now one step closer to extinction. Based on an assessment led by Borneo Futures, scientists from the International Union for Conservation of Nature (IUCN) have officially downgraded the status of the orangutans living in Borneo to “Critically Endangered”, the last step before reaching the dreadful status of “Extinct into the Wild”[1]. Scientists have proven that the number of orangutans will decline by about 80% between 1950 and 2025 (given current development plans by the governments of Indonesia and Malaysia). 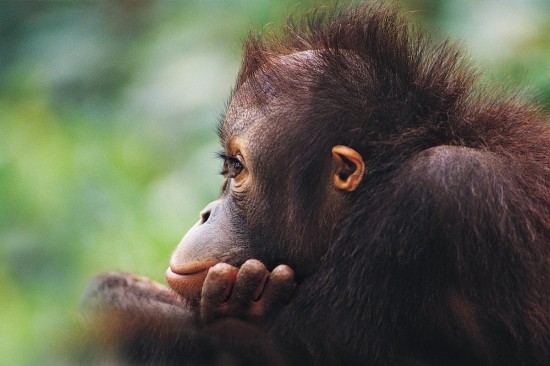 These numbers are hard to fathom. To put them in perspective, a 80% decline is equivalent to losing four out of five people we know; it is equivalent to the disappearance of a staggering six billion of the current global human population in 75 years with no new births. 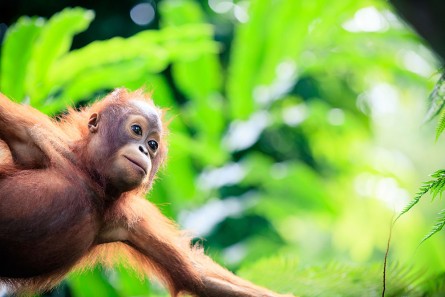 But this doesn’t necessarily mean that the species is going to go extinct anytime soon. Indeed, drastic changes about the management of the orangutan habitat could be made to save the species from extinction.

However, we need to first recognize what is orangutan habitat…

Orang-utans are great apes and are our closest living relatives. This means that they are clever and highly adaptable. Despite early claims that orangutans could only survive in pristine habitats, in Borneo, orangutans are learning how to survive in deeply modified landscapes where the original forests have been replaced with oil palm or acacia plantations. For example, they are learning how to feed or to build their nests in man-made forests planted with exotic species; they feed on new plant species introduced by humans[2]. They are also changing their behavior as a response to human disturbance: they engage in crop-raiding activities at night, when people are sleeping, although they are naturally active in the daytime[3]. 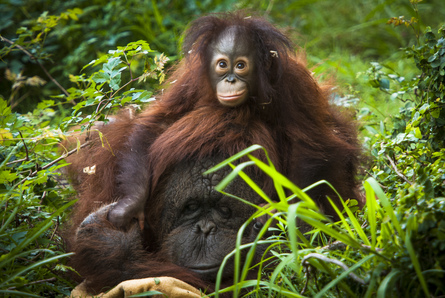 But there is something that the orangutan species cannot adapt to and cannot sustain: hunting. These great apes are extremely low breeders with a young being produced once every six to eight years on average. Hunting for meat, to mitigate conflicts (e.g. to stop crops from being raided by orangutan) or for any other reason has always been and remains till today the major driving force of orangutan decline in Borneo[4].

Are orangutans doomed in Borneo? This does not have to be the case as orangutans are now recognized to survive in man-made as well as natural degraded landscapes. We need first to identify ways for people and orangutans to cohabit peacefully in non-protected forests. Conservation needs also to happen OUTSIDE of the network of protected forests. Establishing and maintaining patches and corridors of forests across a landscape transformed by man would go a long way to support orangutans and many other animal species. This downgrade in status is an urgent call to reconcile people and wildlife and to reinvent ways for people and orangutans to share the same environment.

All of us need to adhere to a new vision of our world, where people and animals share rather than compete for the same ecosystems and natural resources. This is possible, this is our choice. If we fail, orangutans may follow the ever-growing list of species “Extinct Species in the Wild”.