Babies, babies, and more babies! This June has seen a massive baby boom throughout the Houston Zoo, with the biggest baby yet to come when later this summer, the zoo will welcome a 250-300-pound Asian elephant calf. 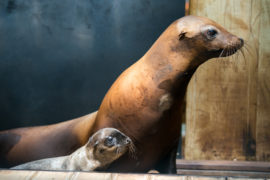 A California sea lion pup was born to first-time mother, Cali, on June 26 after a three-hour labor. The pup and Cali began to bond immediately, and nursing was spotted within hours. The sex of the pup has not yet been determined and the mother and pup will spend a while behind the scenes strengthening their bond before they are ready to make their first public appearance.

This birth is the second sea lion pup to be born at the Houston Zoo in the past year. TJ, was born to Cali’s sister Kamia just last summer. 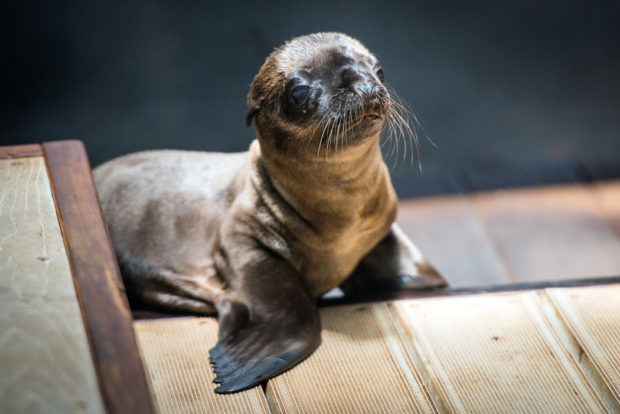 The sea lions at the Houston Zoo play a major part in the zoo’s Take Action conservation initiatives. As ambassadors for the sustainable seafood program, the sea lions help guests understand that the simple choices they make can have a big impact on animals. The zoo’s sea lions eat 23,850 pounds of responsibly-caught, sustainable fish each year. Sustainable seafood is defined as seafood that is either responsibly wild-caught or farm-raised that not only keeps current populations of marine wildlife at balanced numbers, but ensures they thrive over the long term. The methods by which the seafood is harvested or raised must not cause undue harm to the ocean. The Houston Zoo strongly believes that embracing the use of sustainable seafood is one of the best ways we can all protect our oceans’ health. 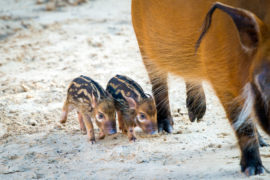 Two red river hogs were born to first-time-mother, Luna, on Tuesday, June 27. This is the first litter of red river hogs to be born at the Houston Zoo since they were brought to Texas in 2015 for Gorillas of the African Forest. Though gorillas and red river hogs share the same forest lands in Africa, this is truly a unique experience as you won’t see them together in a shared habitat in any other zoo.

The two yet-to-be-named hoglets made their public debut today, and can be seen frolicking in the dry riverbed of the habitat along with their mother and the other two adult hogs, Neptune and Vidalia. 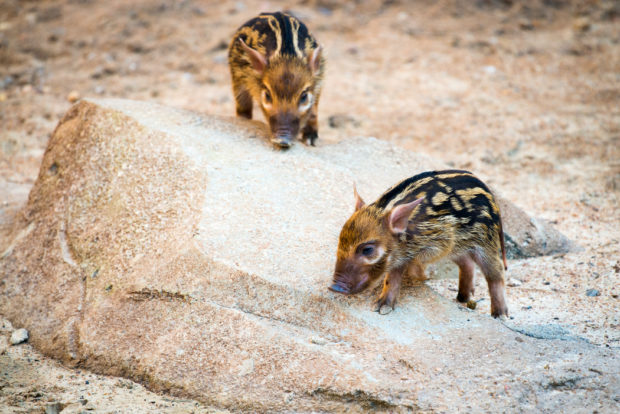 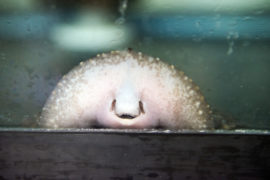 In the zoo’s aquarium department, a fever of five white blotched river stingrays were born on Sunday, June 18. The stingrays are currently behind the scenes in quarantine. They have joined the fever (or group) of stingrays that were born in January 2017 and a few born in October 2016.

Stingrays are ovoviviparous, meaning they bear live young. Once the female stingray gives birth, the babies are left on their own. They have a yolk sac from which they absorb nutrients until they can eat on their own. Stingrays, both in the wild and at the zoo, enjoy meals of worms and shrimp. 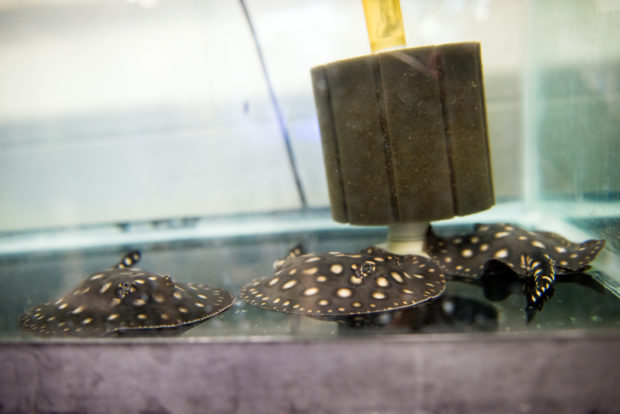 The Houston Zoo is working to ensure a safe environment for rays in the wild.  Plastic bags can end up in water ways and be dangerous for aquatic animals.

Guests can see two, recently hatched Palawan peacock-pheasant chicks being raised by their mother in the zoo’s Birds of the World habitat. 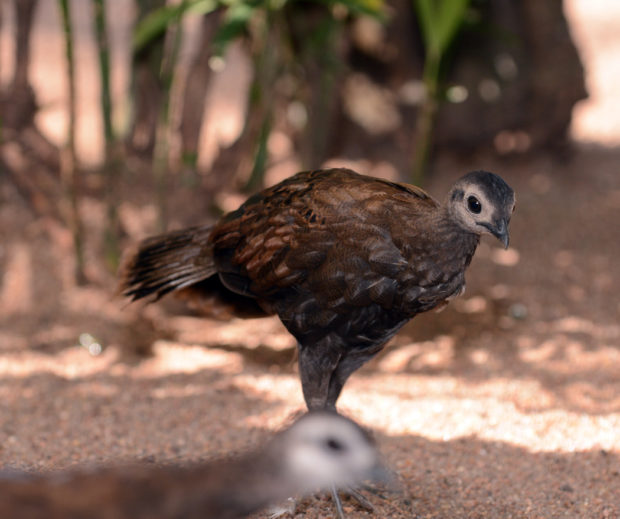 This small threatened pheasant species is only found on the island of Palawan in the Philippines. The males of this species are brightly colored and have eye spots on their tails, which are used in a courtship display to attract females.

The Palawan peacock-pheasant lays a clutch of two eggs that hatch after an incubation period of 18 to 20 days. The Species Survival Plan for this species is managed by Houston Zoo bird department supervisor, Mollie Coym. The zoo is helping to save this species in the wild through the Take Action Initiative for Palm Oil. Guests can also help this species in the wild by checking labels and purchasing products made with sustainable palm oil.

Ten African bush vipers were born on June 11 inside the zoo’s Reptile and Amphibian House. Like most pit vipers, the neonates were born live instead of hatched from eggs like many other types of snakes. These tiny vipers weigh-in at a mere two grams when born and are expected to grow to be between 18-24 inches long. Bush vipers vary in color, mostly shades of green, but can also be bright yellow, grey, even red. 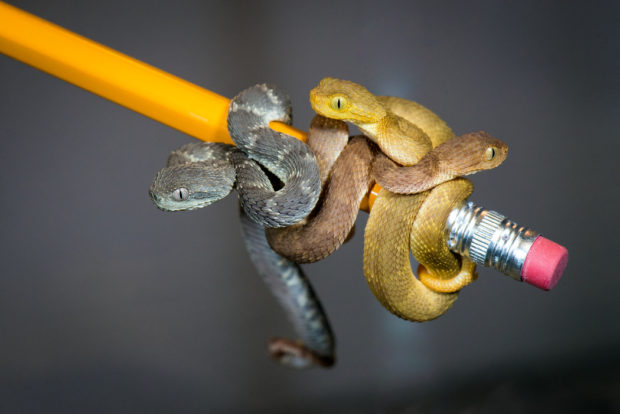 These snakes are found in the tropical rainforests of western and central Africa and get their name from their preference for lower bushes rather than the tall canopy trees. The baby snakes will remain behind-the-scenes while they continue to grow. The Houston Zoo is saving African bush vipers in the wild by providing funds for education programs in the Democratic Republic of the Congo that empower local people to protect the forested homes of the wild African bush viper.