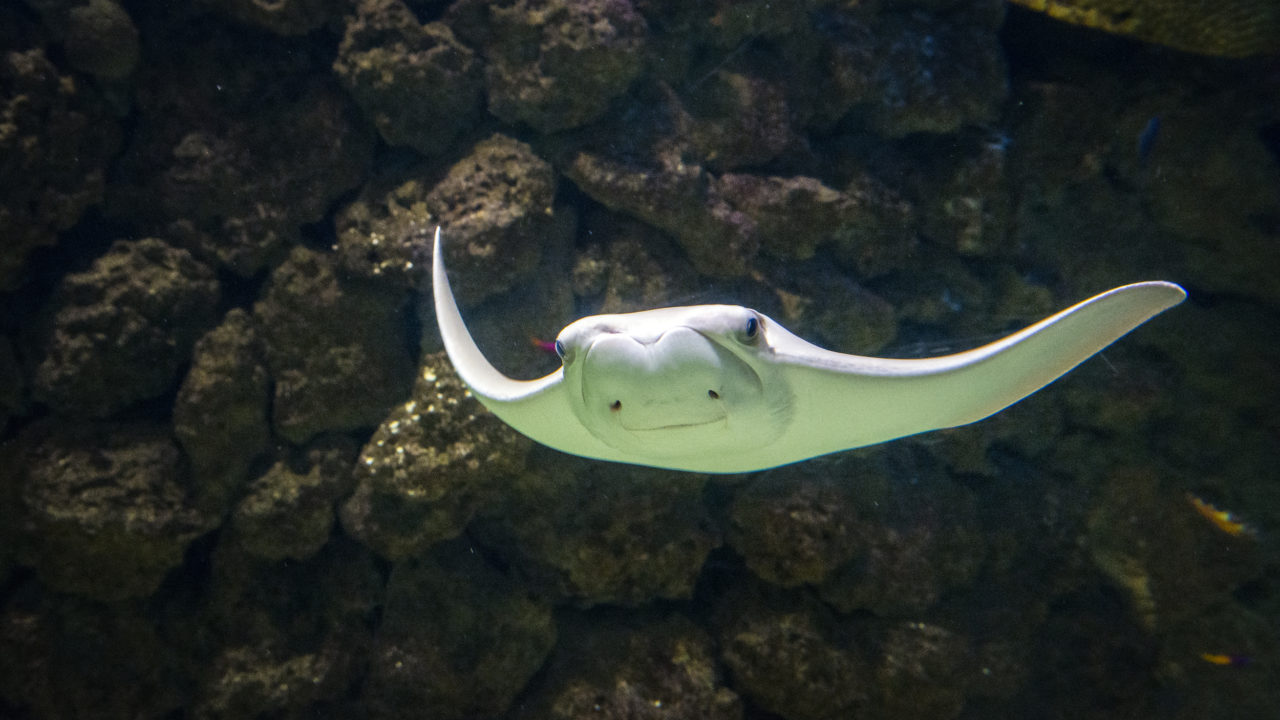 Cownose rays are related to sharks and skates. They get their name from their unique forehead, which resembles the nose of a cow.

Shallow marine and brackish waters of the western Atlantic distributed from the northern US to Brazil, including through the Gulf of Mexico.

As this ray swims through the ocean, its wingtips often break the surface, resembling the dorsal fin of a shark, which sometimes causes undue alarm for swimmers and divers. Occasionally, they jump out of the water and land with a loud smack, a behavior thought to be a territorial display.

How We Help Save Them

How You Can Help