During the second week of March, a group of teens, accompanied by staff from the Houston Zoo, piled into a van and drove to Big Thicket National Preserve. The preserve, which covers 100,000 acres, has many interesting features:

The teens assisted in the conservation efforts of the preserve by eliminating the invasive plant species, Chinese Tallow, that has ravaged the area. Chinese Tallow is detrimental to native Texas plants because it they outcompete the natives for space and sunlight. One of the teens, Julia, described this experience as “Exciting. I got to do something destructive but helpful.” In clearing this area, the teens discovered several surprises, including tree frogs, wolf spiders, skinks, centipedes, pitcher plants, and the carnivorous sundew. 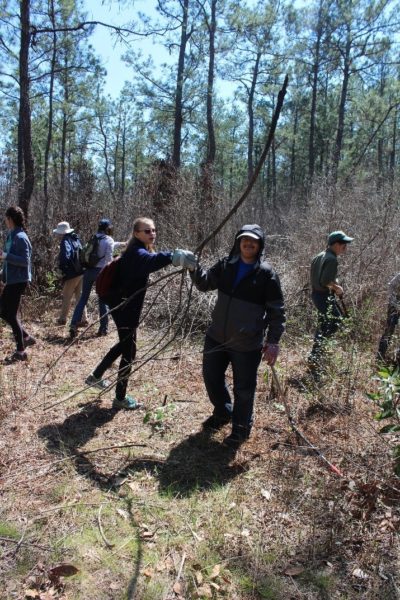 Earlier that day, the teens started out their morning by clearing out an area near the visitor’s center that would soon become a pollinator garden. This garden will be essential to the survival of many pollinator species. Pollinator awareness is one of the Houston Zoo’s six Take Action Initiatives. The Houston Zoo encourages visitors to plant native plants to help local pollinators like monarch butterflies and bees. Pollinators are vital to our food sources. About a third of our foods, like chocolate, vanilla, honey, and many fruits and vegetables, produced with the help of pollinators. Without them, our world would be very different. Eventually this area in front of the Big Thicket National Preserve Visitor Center will become habitat for local pollinators like bees and butterflies. While clearing the area, Connor remarked, “It’s fun seeing all the creatures.” Makynzie, another teen, said her favorite part was, “Getting dirty.” 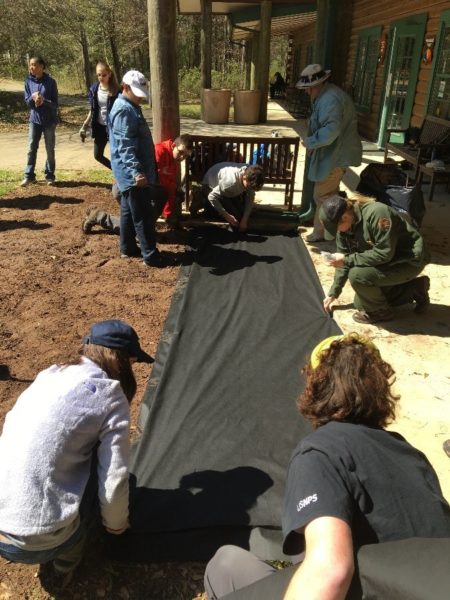 The next day, the teens explored the Neches River, and got on their lifejackets. Using canoes, the teens scoured the shores and the water for any trash. In the process, the teens also took down several fishing lines, some of which had fish still hooked on them. One of the Zoo’s Take Action Initiatives is plastic pollution reduction. Monofilament fishing line is very harmful to many marine animals and has been identified as the number one plastics threat to wildlife in our region. By removing the fishing line from the Neches River, we are ensuring the fishing line will not end up in the ocean which will help save animals like sea turtles. Madi observed the scenery around the river as they removed paddled and removed trash and noted, “I had to maneuver through the cypress like Indiana Jones.” 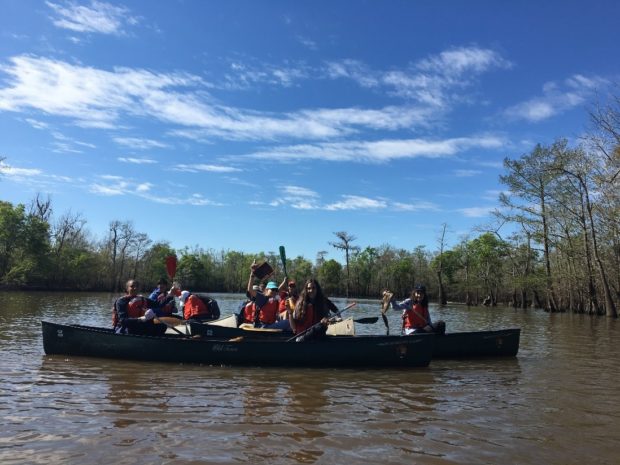 On the last day, the teens took a scenic hike at Big Sandy Creek. There, they found cypress trees and insects of all sorts. The teens also got to see a different portion of the Neches River. Aly commented, “I was really surprised. The trail was very peaceful.” Later that day, they cleaned up an area near a trail head and repainted some of the signs. Lastly, the teens took another hike and cleaned up trash along the trail.

Together, the teens and the Zoo are working together to better protect our wildlife. You don’t have to hop in a kayak to make a difference. Doing something as simple as picking up trash or recycling can make a huge impact. Houston Zoo Teen Programs participants encourage you to take action by doing something like starting a recycling drive at your school or within your community. You could also get a group of friends together to do a beach clean-up or build a pollinator garden in your neighborhood. In fact, the Big Thicket National Preserve wasn’t founded by a governing body, but by a group of community members that worked together to save the area when they noticed the damage being inflicted on it. Next time you visit the Houston Zoo, you can visit our pollinator gardens and/or the carnivorous plants that are near the Bug House to get a closer look at what lives in the wilderness of Texas. If you want to venture into the wilderness yourself, visit the Big Thicket. Get your feet dirty and help continue our everlasting efforts to conserve and protect the wildlife that we share this earth with. 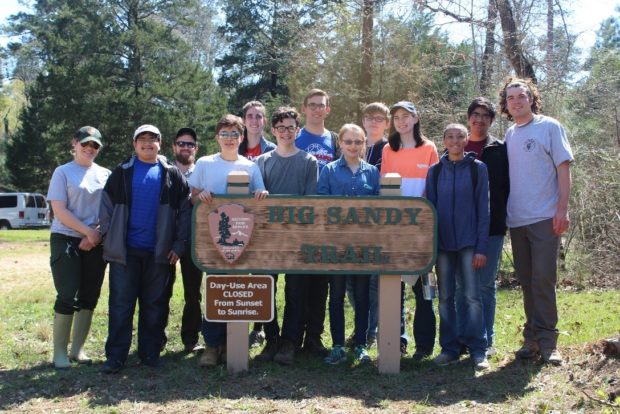