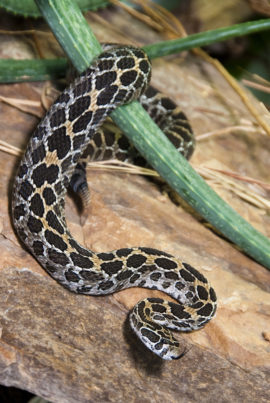 Throughout much of human history, snakes have been among the most maligned and persecuted groups of animals.  The unreasonable fear of snakes is quite prevalent in our society and myths and misconceptions abound whenever snakes are brought up in conversation. The general public conception is that snakes are the “enemy” and should be killed on sight

The news media also plays a role in shaping this attitude.  Most publicity concerning snakes is of a negative nature.  Venomous snakebites often receive extensive local media coverage far beyond the actual threat to human life.  Rarely is it pointed out that the chances of death from a venomous snakebite are considerably less than the chances of dying from a lightning strike or from an insect bite or sting (Bureau of Vital Statistics, Texas Department of Health).

These fears persist despite overwhelming evidence, both scientific and anecdotal, on the important roles that snakes play in a healthy ecosystem.  Many scientific articles point to the value of snake species in food chains in temperate and tropical ecosystems.  Areas where snakes are removed often display a population explosion of rodents, usually to the detriment of nearby agricultural enterprises. 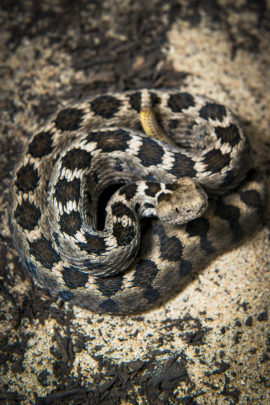 Out of all snakes, the rattlesnakes probably have received more unjust notoriety and have been persecuted needlessly more than any other group, especially in the United States.  It is doubtful that any other animal group is more feared or less understood by the general public.  This persecution has reached such a point that, in some states (seven, to be exact), “Rattlesnake Roundups” are a popular fund-raising event for organizations such as the local Chamber of Commerce or the Jaycees.  The largest of these roundups is held each March in Sweetwater, Texas and shows no sign of diminishing in spite of recent criticism by many private herpetological organizations, various nature and conservation societies, and many animal welfare groups. Roundups are cruel affairs.

Slowly, however, the bad reputation that snakes have had is changing, even when rattlesnakes are involved.  Several traditional roundups are now educational festivals where snakes are not killed and people can learn about them and see them up close.  One fairly new event that the Houston Zoo supports is Lone Star Rattlesnake Days.  LSRD will be held this October 12-14 at Texas Discovery Gardens in Fair Park, Dallas in conjunction with the Texas State Fair.  There will be lots of snakes to see up close, venom extractions done by professionals, activities for the kids, and zookeepers to talk to.  Please visit www.rattlesnakepreservationtrust.org and the Lone Star Rattlesnake Days Facebook page for more information.

Making an Impact on Houston Toads