We love our Members. Their incredible support allows us to make a difference to animals both locally and all over the world. This month, we’re spotlighting a family of Zoo Members that deserve recognition. We’re thrilled to introduce you to March’s Featured Members: The Darbonne Family 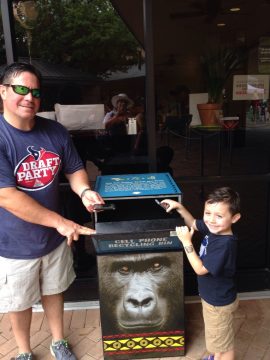 We asked the Darbonne’s to share a few words about what being a Zoo Member means to them. Here’s what they had to say.

“The Houston Zoo is a family story for us: So many of our favorite memories of good times together involve the zoo. We became members in 2014 when I visited a first time in more than a dozen years. So much had changed—so much so that I wondered briefly (and ridiculously) if the zoo had moved. But the long pond at the entrance was/is still there and clearly had been for decades; the loving attention to its detail is unmistakable.

At the zoo, my brother, Jude, and I discovered that his son, Jackson, 5, is quite the presentation-maker. Last year, he adopted Liberty, the bald eagle who resides at the Children’s Zoo. We know her as Betsy (Ross), since, when I gave him the adoption certificate, I didn’t recall her name and quickly thought of a name of a female American revolutionary.

Jackson reminds us all on each zoo visit that he will be visiting Betsy; therefore, we should remember to take him to see her. At the display, he will tell anyone/everyone, “This is my eagle. She is a bald eagle. Her name is Betsy. I adopted her.” Just as seriously, he will move to the sign, point to it and say, “She got an X-ray.”

On another visit, he and Jude simultaneously placed old cell phones of mine into the recycling bin. (Jackson’s fell in first, so he won “the race.”) We had been reading about this at the gorilla exhibit on previous visits and Jackson was extremely excited to participate in the campaign. 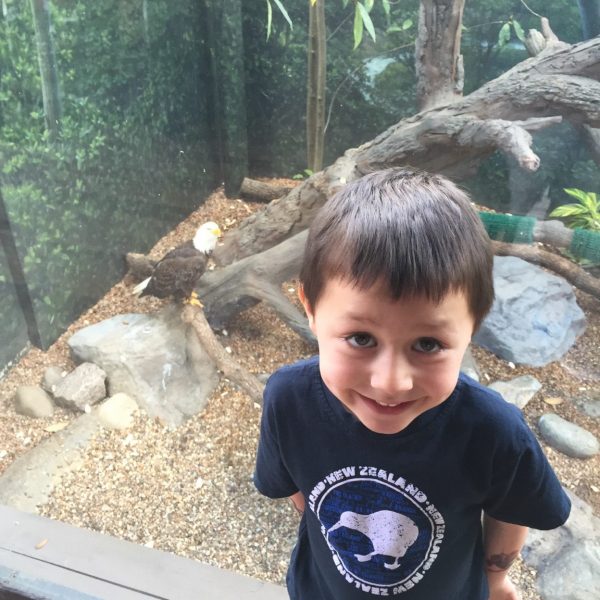 We are thankful for the Houston Zoo for making positive impressions on Jackson—and on us too—about what we can do to protect and nurture our fellow inhabitants of Earth. We are proud to get to participate in its important work by sharing our support of our Houston Zoo. Our world is a better place because of the Houston Zoo.”

From all of us here at the Houston Zoo, we want to say thank you to the Darbonne’s and all of our Zoo Members. As a Houston Zoo Member, your support truly makes an impact on the growth of our Zoo and conservation efforts. THANKS!