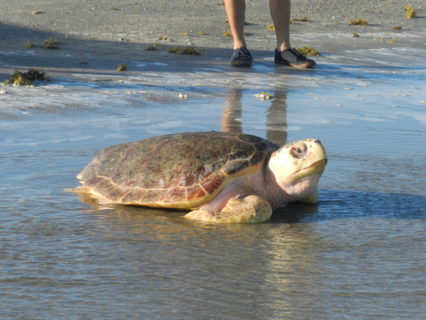 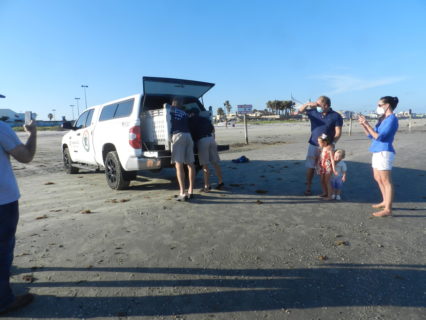 The loggerhead was found in the surf on the east end of Galveston by the Longmore family, who are also Zoo Members, as they were spending a day at the beach. While at first, the turtle appeared dead, once it moved, they flipped it onto its belly and called 1-866-TURTLE-5. Shortly after, a Zoo sea turtle rescuer responded and took the turtle into care. Initially, the turtle was found to be profoundly anemic, and was treated with antiparasitic, antibiotic, vitamins, iron and pain medications. The Houston Zoo sea turtle rescue and rehabilitation team spent three months caring for the turtle as it built up strength, blood cell counts, and body weight. 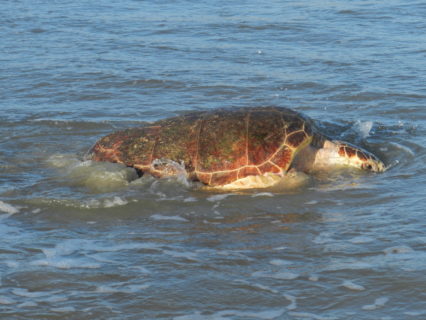 There are five species of sea turtles inhabiting the Gulf of Mexico, all of which are considered to be either threatened or endangered. They include the Kemp’s ridley, green, leatherback, Atlantic hawksbill, and loggerhead sea turtles.

Sea turtle populations are slowly recovering thanks to the collaborative effort of scientists, non-profits, universities, grass roots organizations and many dedicated people.