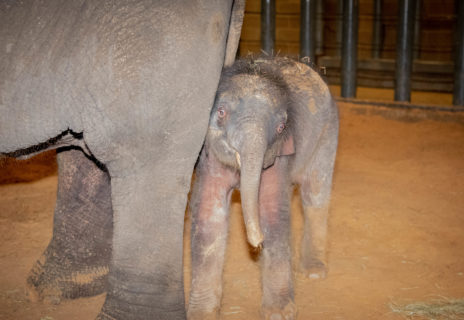 Less than a year after the Zoo welcomed Asian elephant calf, Nelson, a new kid is on the block! On March 10, shortly after 11:00 a.m., 10-year-old Asian elephant Tupelo gave birth to a 284-pound female calf, and the calf began to nurse within a few hours. The calf has not yet been named; her name will be announced on the Houston Zoo’s social media channels.

“Our animal team is thrilled that the birth has gone smoothly,” said Lisa Marie Avendano, vice president of animal operations at the Houston Zoo. “We look forward to continuing to watch Tupelo and her baby bond and introducing her to Houston.”

Tupelo gave birth in the McNair Asian Elephant Habitat cow barn under the supervision of her keepers and veterinary staff. Mother and baby will undergo continued post-natal exams and spend several days bonding before they are ready to join the rest of the herd. During the bonding period, the elephant team is watching for the pair to share several key moments like communicating with mom and hitting weight goals. 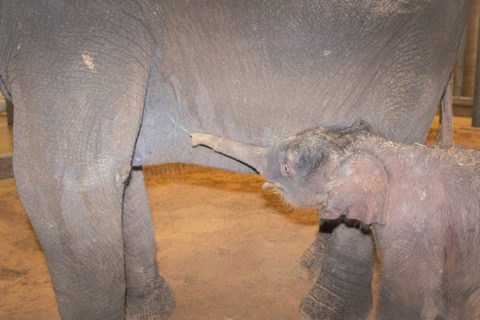 This is the first calf for Tupelo, whose pregnancy was the result of artificial insemination since she is related to all the male elephants at the Zoo. The calf raises the number of elephants in the Houston Zoo herd to 12 – five males and seven females.

Just by visiting the Houston Zoo, guests help save baby elephants and their families in the wild.  A portion of each Zoo admission and membership goes to protecting wild elephants in Asia. The Zoo provides support, equipment and training for local researchers to place satellite collars on wild elephants and track them in Asia.  The Zoo’s Malaysian conservation team is now watching over and protecting three groups of wild elephants with babies in Borneo. The data collected from these groups will inform future national protection plans for elephants.