On Saturday, February 16th Houston Zoo staff and Zoo Crew Teens headed to the coast to clean up abandoned crab traps from the bay in partnership with Galveston Bay Foundation! 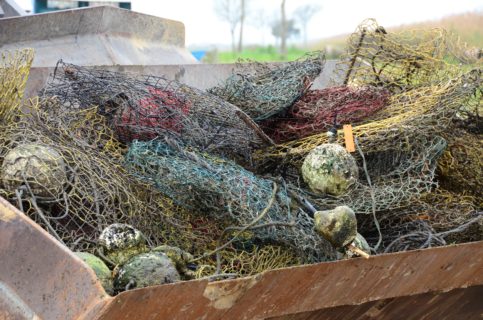 Just last year, a total of 221 crab traps were removed from the water and over 1,000 pounds of trash, recyclable material, and fishing line were picked up from land. These efforts saved over 3,520 blue crabs and prevented many other animals from getting caught in abandoned traps! This year, an additional 119 crap traps were removed from the work site, adding to a collective effort taking place all along the Texas coast. 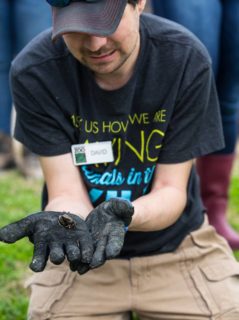 This clean-up is part of a state-wide program that came into effect in 2001 in response to increased pressure on blue crab populations. Abandoned traps can also pose a threat to other wildlife like otters and diamondback terrapins, causing them harm. Fishing gear that is lost, dumped, or abandoned is sometimes referred to as “ghost fishing” because this gear can continue to catch aquatic species even though it has been left unattended. Pulling these traps out of the water ensures a safer environment for our wildlife, and removes obstacles for the commercial fishing industry.

While some volunteers go out on boats to pull crab traps from the water, others stay behind to collect trash along the shore. All kinds of trash and recycling are collected – everything from bottles and cans to plastic straws and fishing line; sometimes even things like car tires! Removing debris from the shore is equally important, as it protects species like sea turtles and pelicans from ingesting trash or becoming entangled in line. Once boaters return with traps, they are unloaded and inspected for trapped wildlife. Any animals present in the traps are removed and released back into the water and then the traps are crushed by volunteers and properly disposed of at designated trap drop locations. 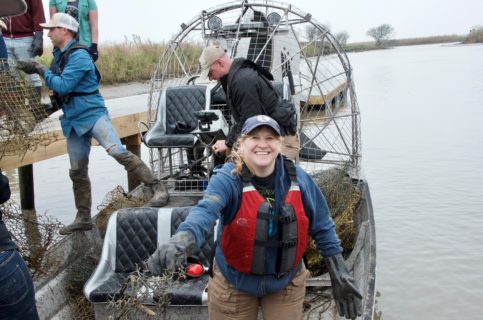 Looking for a way to help? You already are! Each time you visit the Zoo you are helping us to save precious Texas wildlife like blue crabs, otters, diamondback terrapins, sea turtles, and many more.