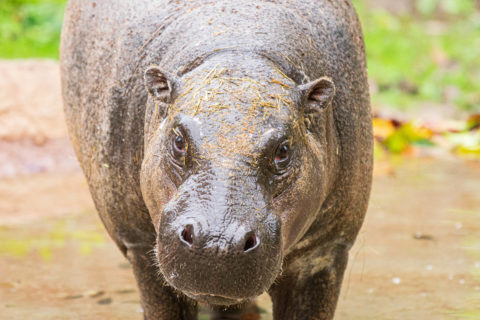 The Houston Zoo is thankful for a new member of the herd, as it welcomes 450-pound male pygmy hippopotamus, Silas. The two-and-a-half-year-old hippo moved to Houston from Omaha, NE in September, and has spent the past few months getting to know his new home. On Monday, Nov. 23, Silas made his public debut. 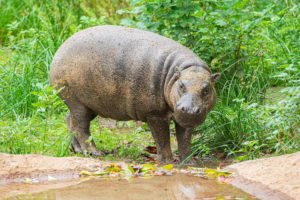 Pygmy hippos are herbivores and eat only plants. Silas’ keepers feed him a diet of browse, grass, hay, vegetables, lettuce, and a high fiber nutritional pellet. Browse includes edible nontoxic plants and flowers that are grown on Zoo grounds and provide additional nutrition and enrichment for the animals.

While pygmy hippos may look like their cousin the common hippopotamus, they are much smaller by about 3,500 pounds. Pygmy hippos grow only to be about 500 pounds while hippos can be 4,000 pounds. They have other differences, too. Hippos spend most of their time in rivers, and pygmy hippos spend much of their time on dry land. Pygmy hippos are less territorial than their larger counterparts as well. When their territory is encroached on by another pygmy hippo, the two are more likely to ignore each other than fight, while the common hippo is known to be a ferocious defender of its territory. 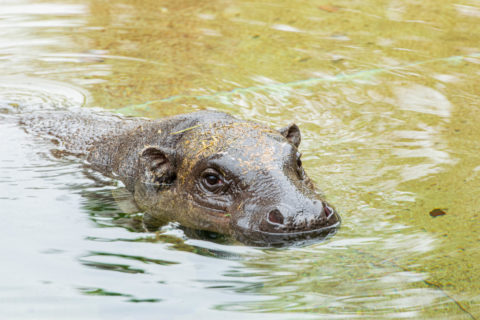 Pygmy hippos are solitary in nature, and native to West African rainforests in the countries of Sierra Leone, Guinea, the Ivory Coast and Liberia. People can do their part to save these incredible animals by recycling cell phones at the Zoo. These devices contain a metal mined where pygmy hippos live, and recycling cell phones reduces the demand for new materials to be mined. In 2020, the Houston Zoo has recycled 762 devices.