Cheers to 2019! This year has been very special for the Houston Zoo. We opened our Kathrine G. McGovern Texas Wetlands exhibit, welcomed several new additions to our Zoo family, had one-of-a-kind events throughout the year, and more!

We’re excited for what is in store for this new year. Your support helps us save animals in the wild all over the world. Happy New Year! 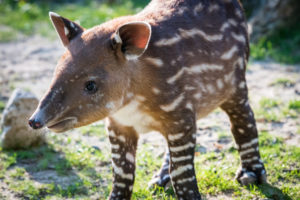 We’re a sucker for cute pictures of adorable animals, including Frida, a Baird’s tapir, who was born at the Zoo in early March. This is the second baby for mother, Moli, and father Noah. Baird’s tapirs are born with a colorful pattern of stripes and spots that disappear as they grow older. 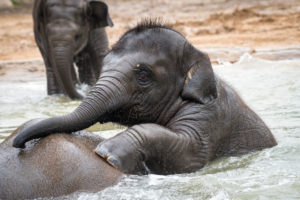 Joy, one of Houston Zoo’s baby elephants, has recovered from a difficult case of herpes

For more than a week, Houston Zoo keepers were unsure if Joy, one of their youngest Asian elephants, was going to survive. She had contracted the herpes virus, called EEHV, the zoo announced Friday — a virus that afflicts both Asian and African elephants across the globe and has a 85 percent mortality rate. 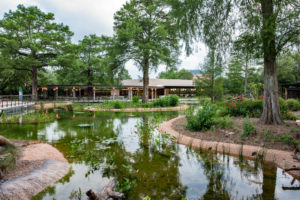 The Texas Wetland exhibit is the first of four, multi-species habitats that will be installed at the Zoo over the next three years as part of a $150 million campaign. The goal is to make the new exhibit as immersive and realistic as possible, for both visitors and animals. 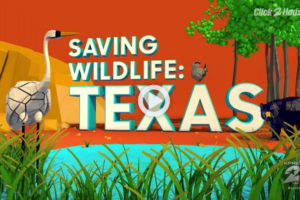 In “Saving Wildlife: Texas,” anchors Keith Garvin, Sofia Ojeda, and Courtney Zavala and their children teamed up with the Houston Zoo to learn about the wildlife around our state and what’s being done to make sure those animals don’t disappear forever. 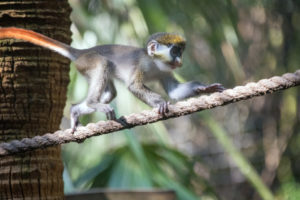 On June 29, Nagano gave birth to a male Schmidt’s red-tailed monkey named Jack. After spending some time bonding with its mother, Jack can now be seen in the primates section along with his grandmother, Bongo. 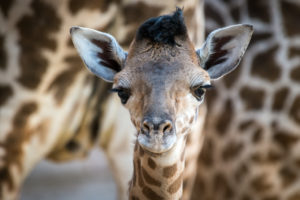 The male Masai giraffe was born in the afternoon on Sept. 30. The calf was born to first-time mom, Kamili, behind-the-scenes at the McGovern Giraffe Habitat, weighing in at 128 pounds and standing just over six feet tall. 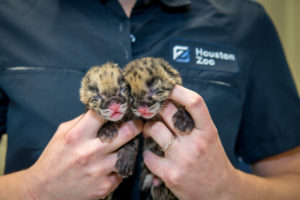 In the wee hours of Nov. 12, the Houston Zoo’s female clouded leopard, Suksn, gave birth to two tiny cubs. The cubs were born to seven-year-olds, Suksn and Tarak. The cubs will remain behind the scenes for several months while they grow and thrive. 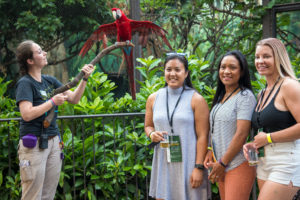 BREW AT THE ZOO

On April 25, the Houston Zoo hosted its second annual Brew at the Zoo fundraiser, with a portion of the proceeds benefiting animals in the wild. More than 1,700 guests toasted to the evening as they sampled sips from an extensive roster of beer and cider while exploring the local zoological park. 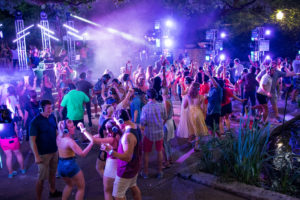 The Houston Zoo was the place to be this summer as After Dark returned for its second year. On the third Thursday in May, June, July, and August, the zoo stays open late just for the 21-and-up crowd. Adults can explore the zoo at their own pace from 6 to 8 p.m. before the party begins at 8 p.m. 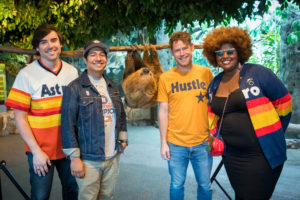 FEAST WITH THE BEASTS

Houston’s own The Suffers headlined the 14th annual Feast with the Beasts at the Houston Zoo on Nov. 1. Attendees ate, drank and jammed out to some of the band’s biggest hits all while enjoying the animals at the Zoo. Guests sampled food and drinks from Houston’s hottest restaurants as well as exciting animal presentations throughout the Zoo. 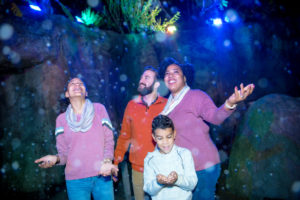 With a new, 100-foot light tunnel and an illuminated, snow-filled winter wonderland, Zoo Lights is sparklier than ever before. For 2019, Houston Zoo is decked out with twice as many lights for the nightly event that draws hundreds of thousands of visitors each year.