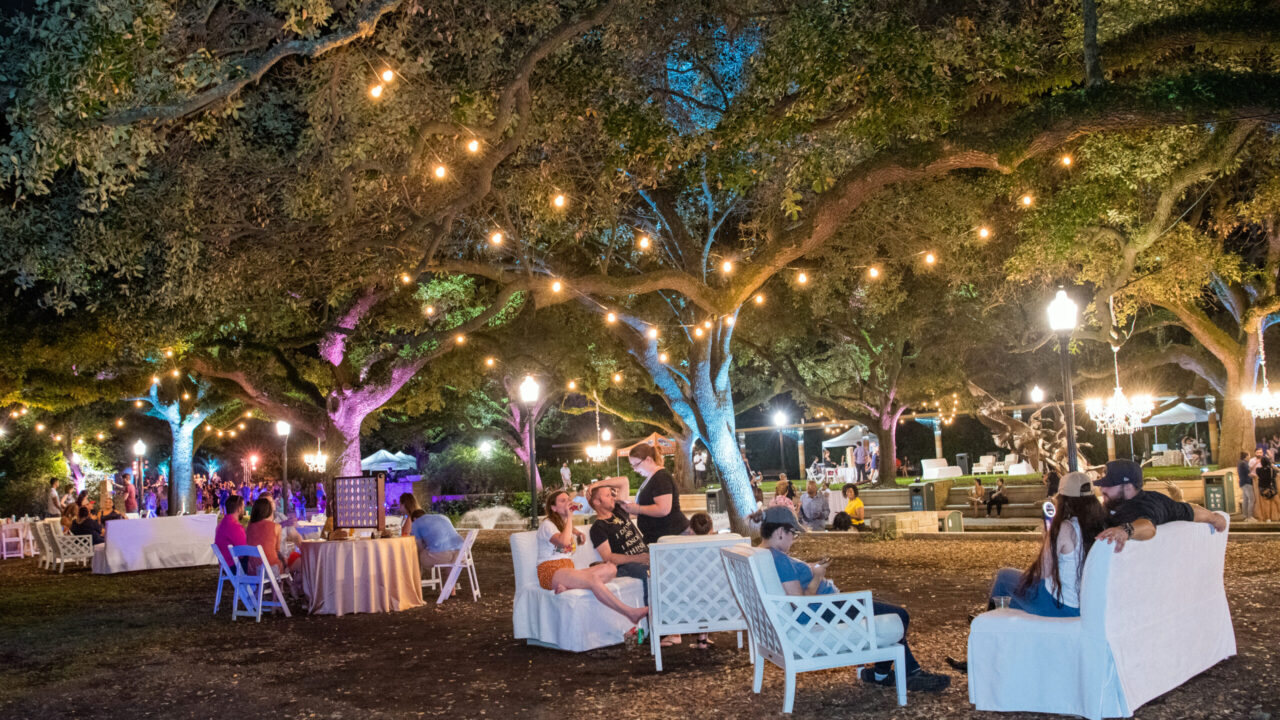 Step back in time to the 1920s as we celebrate the Zoo's Centennial year after hours!

We’re celebrating the ‘20s this summer – the 1920s! Step back in time as we celebrate the decade that the Houston Zoo became a Zoo in 1922 at our next 21 and up event. Enjoy the Zoo after hours at our Roaring ’20s-themed After Dark presented by TXU Energy.

Our H-E-B Lone Star Pavilion will transform into a speakeasy lounge where you can enjoy a live dueling piano show, capture the moment at our photo booth, and more. Break out your best 1920s attire and pay homage to this decade in style!

Your general admission includes one free drink. Food and additional drinks will be available for purchase.

Ticket price at gate: $49
Note: Tickets are no longer available to purchase online.

During our event, you can also stop by the giraffe feeding platform to feed our giraffes, ride the Wildlife Carousel, and explore TXU Energy presents Undersea Discovery and see animatronic marine creatures never before seen in the U.S. Entry to the Undersea Discovery exhibit is included with your ticket.

Visit your favorite animals as you explore the Zoo after hours. You’ll be able to chat one-on-one with keepers and see some of our oldest residents like the Asian elephants and Galápagos tortoises. 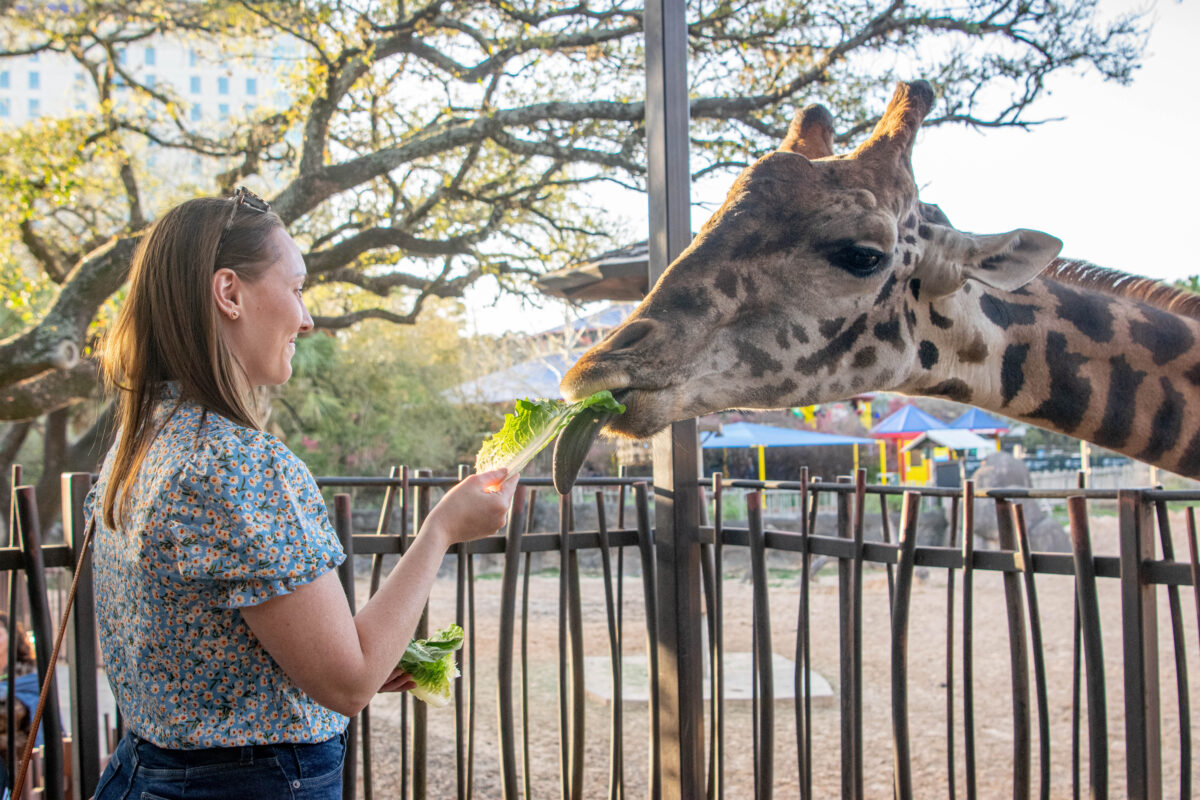 By attending this event, you are helping save animals in the wild.

Is this only open to guests 21 and up?

Yes, this is adults-only event for guests 21 and up. No babies or children are allowed. Guests without a valid photo ID will not be permitted to enter.

What drink and food options will be available?

Drink options include two signature cocktails, beer, hard seltzer, sparking wine, and non-alcoholic beverages. There will be plenty of food options available during the event, including from Cypress Circle Café, as well as our food kiosks around the Zoo. Place your order online ahead of time from Cypress Circle. 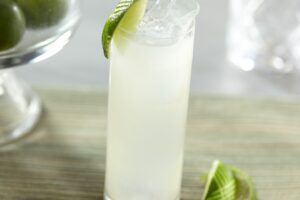 Gin Rickey
The gin rickey is a refreshing highball drink that dates back to the early 1900s. It’s a classic from the era – so much so that it’s still Washington D.C.’s official cocktail! The original likely contained bourbon or whiskey, because that was preferred before they started mixing up gin in bathtubs during Prohibition. 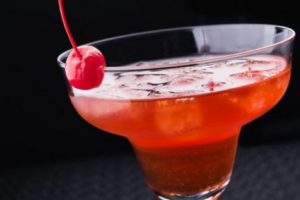 Mary Pickford
Mary Pickford was America’s sweetheart in the 1920s and starred in silent movies alongside famous chaps like Charlie Chaplin, and rum was one of the hottest commodities during the Prohibition. The story goes that she, her husband Douglas Fairbanks, and Chaplin were in Havana when a bartender whipped up this tropical concoction and named it in her honor. 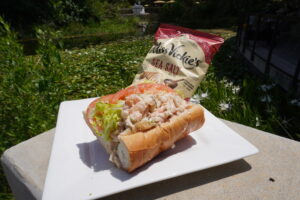 This is a cold salad dating back to Auguste Escoffier’s time at the Savoy Hotel. Traditionally the salad is made using a combination of celery, onion, peppers, cocktail sauce and mayo. 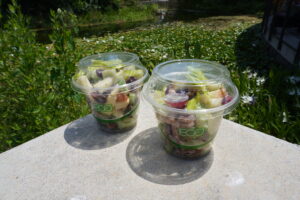 This famed old time classic comes from the famous Astorian New York City hotel in which this salad shares its namesake. It is a mix of crisp apples, yogurt, celery, and raisins.

Will there be keeper chats?

Additional areas you’ll be able to explore include:

Where should I park?

Our main parking lot is located at 6200 Hermann Park Drive, and parking will be available throughout the Hermann Park parking areas.

Do I need to print my ticket(s)?

Present the digital ticket on your mobile device to scan for entry. By going paperless, you are helping save local animals, like black bears, in the wild!

Can I purchase additional drinks at this event?

Yes, cash bars will be available during the event.

What happens if it rains?

This event is rain or shine. There are no refunds.

No, smoking is not permitted at the Zoo.

THANK YOU TO OUR PRESENTING SPONSOR